The Huawei subsidiary Honor announced its latest smartphone, the Honor 6X at a CES 2017 press conference Tuesday. The device is a follow up to the Honor 5X, which the manufacturer launched at CES 2016 to introduce the Honor brand to the U.S. Since then the Honor 5X has sold 11 million handsets worldwide, according to Honor president George Zhao. Honor is aiming for greater commercial success with the Honor 6X by outfitting it with a larger display and battery, a faster processor and a dual-lens camera. Its camera set up includes 12-megapixel and 2-megapixel dual configuration for the rear and a 8-megapixel front facing camera, in addition to several camera modes, such as splash, which gray scales certain aspects of a photo while leaving other aspects in color. Color options for the Honor 6X include silver, grey and gold. 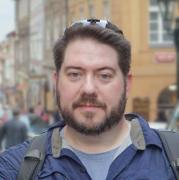 Continuous Configuration at the Speed of Sound

One of the many things I have missed since the start of the COVID-19 pandemic is the thrill of seeing live music. Nothing beats feeling, hearing, and seeing music performed live. It's the real-time interaction between the audience and the performer that elevates great music into something euphoric. Whatever the genre, as a performer, it takes years of skill and experience to know how to deliver memorable and unique live performances. As music venues begin to open again, I was able to recently watch Joyce DiDonato perform at The Royal Concertgebouw here in Amsterdam.

Pro tip: How to be the best (and beat the best) Bastion in 'Overwatch'

Mastering top competitive games takes hundreds of hours of practice -- but also knowledge. Each week, we'll share the most useful tips and tricks to improve your play. It's time to get good. Bastion, Overwatch's least-popular hero, received a major update Tuesday, upgrading the turret-wielding robot from a C-tier defensive hero to a versatile and seemingly unkillable death machine. He's being picked by both offensive and defensive teams in nearly every match at all skill levels (for good reason), so we're here to help you figure out exactly where you stand in this new Bastion-filled hellscape.

Biomechanical models of the speech apparatus show that labiodentals incur about 30% less muscular effort in the overbite and overjet configuration than in the edge-to-edge bite configuration. This difference is not present in similar articulations that place the upper lip, instead of the teeth, against the lower lip (as in bilabial "m," "w," or "p"). Our models also show that the overbite and overjet configuration reduces the incidental tooth/lip distance in bilabial articulations to 24 to 70% of their original values, inviting accidental production of labiodentals. The joint effect of a decrease in muscular effort and an increase in accidental production predicts a higher probability of labiodentals in the language of populations where overbite and overjet persist into adulthood. When the persistence of overbite and overjet in a population is approximated by the prevalence of agriculturally produced food, we find that societies described as hunter-gatherers indeed have, on average, only about one-fourth the number of labiodentals exhibited by food-producing societies, after controlling for spatial and phylogenetic correlation.