Can artificial intelligence help society as much as it helps business? 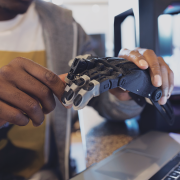 In 1953, US senators grilled General Motors CEO Charles "Engine Charlie" Wilson about his large GM shareholdings: Would they cloud his decision making if he became the US secretary of defense and the interests of General Motors and the United States diverged? Wilson said that he would always put US interests first but that he could not imagine such a divergence taking place, because, "for years I thought what was good for our country was good for General Motors, and vice versa." Although Wilson was confirmed, his remarks raised eyebrows due to widespread skepticism about the alignment of corporate and societal interests. The skepticism of the 1950s looks quaint when compared with today's concerns about whether business leaders will harness the power of artificial intelligence (AI) and workplace automation to pad their own pockets and those of shareholders--not to mention hurting society by causing unemployment, infringing upon privacy, creating safety and security risks, or worse. But is it possible that what is good for society can also be good for business--and vice versa?

Al Olama said, "Academic institutions in the UAE play a key role in developing educational and training programmes and introducing disciplines that prepare the next generation of leaders who are capable of developing key sector." The Minister of State for AI commended the initiatives of academic institutions in the UAE to develop their educational curricula. He praised HCT's initiative to launch this specialised programme in AI science and technologies. Dr Al Shamsi highlighted the importance of cooperating with Oracle, the global organisation specialised in modern technologies, especially AI. Over the past years, HCT have worked closely with Oracle in technology education.

More than 50 leading businesses and organisations have contributed to the development of a £1 billion deal to put the nation at the forefront of the artificial intelligence industry, featuring almost £300 million of new private sector investment. The deal between government and industry, announced by Business Secretary Greg Clark and Digital Secretary Matt Hancock today (Thursday 26 April 2018), also includes more than £300 million of newly allocated government funding for AI research to make the UK a global leader in this technology. Building on the commitment made in the government's modern Industrial Strategy and its AI Grand Challenge, the deal marks the first phase of a major innovation-focused investment drive in AI which aims to help the UK seize the £232 billion opportunity AI offers the UK economy by 2030 (10% of GDP). The Artificial intelligence Sector Deal follows record levels of investments into UK tech in 2017 and today's deal includes new investments such as: The UK must be at the forefront of emerging technologies, pushing boundaries and harnessing innovation to change people's lives for the better. Artificial Intelligence is at the centre of our plans to make the UK the best place in the world to start and grow a digital business.

Supported by the European digital innovation and entrepreneurial education organization EIT Digital, City, University of London's Artificial Intelligence Research Centre (CitAI) and Institute for Cyber Security (ICS) will lead two new Doctoral Training Programs (DTPs). Starting in the 2019-2020 academic year will be a DTP in Artificial Intelligence (AI). This will enable the commercial deployment of AI technology in Europe and other regions by developing critical interdisciplinary capabilities in AI technology, particularly, though not exclusively in machine (deep) learning and explainable AI, with applications for solving real-life industrial problems. Dr Eduardo Alonso, Director of City's Artificial Intelligence Research Centre (CitAI) and lead for City's Master's programme in AI, will oversee this DTP. This program will be carried out in partnership with founding partners Delta Capital Ltd, Telefónica Innovación Alpha SL and Bosch AA-AS.

£200 million to create a new generation of artificial intelligence leaders

One thousand new research and business leaders will be created to ensure the UK leads the global revolution in Artificial Intelligence (AI). This new generation of PhD students will use AI technology to improve healthcare, tackle climate change and create new commercial opportunities, thanks to a £100m investment from UK Research and Innovation announced today, Thursday 21 February 2019. They will be trained at 16 new Centres for Doctoral Training (CDTs) based at 14 UK universities with 300 partners, including AstraZeneca, Google and Rolls-Royce, and NHS trusts. Project partners are investing £78 million in cash or in-kind contributions and partner universities are committing a further £23 million, resulting in an overall investment of more than £200 million. Business Secretary Greg Clark said: "The UK has long been a nation of innovators and today's package of AI skills and talent investment will help nurture leading UK and international talent to ensure we retain our world-beating reputation in research and development. "Artificial intelligence has great potential to drive up productivity and enhance every industry throughout our economy, from more effective disease diagnosis to building smart homes.