From Persistent Homology to Reinforcement Learning with Applications for Retail Banking

The retail banking services are one of the pillars of the modern economic growth. However, the evolution of the client's habits in modern societies and the recent European regulations promoting more competition mean the retail banks will encounter serious challenges for the next few years, endangering their activities. They now face an impossible compromise: maximizing the satisfaction of their hyper-connected clients while avoiding any risk of default and being regulatory compliant. Therefore, advanced and novel research concepts are a serious game-changer to gain a competitive advantage. In this context, we investigate in this thesis different concepts bridging the gap between persistent homology, neural networks, recommender engines and reinforcement learning with the aim of improving the quality of the retail banking services. Our contribution is threefold. First, we highlight how to overcome insufficient financial data by generating artificial data using generative models and persistent homology. Then, we present how to perform accurate financial recommendations in multi-dimensions. Finally, we underline a reinforcement learning model-free approach to determine the optimal policy of money management based on the aggregated financial transactions of the clients. Our experimental data sets, extracted from well-known institutions where the privacy and the confidentiality of the clients were not put at risk, support our contributions. In this work, we provide the motivations of our retail banking research project, describe the theory employed to improve the financial services quality and evaluate quantitatively and qualitatively our methodologies for each of the proposed research scenarios. The recent technological advancement within artificial intelligence, the "Internet of Things", and robotics has generated significant impact on traditional businesses, causing decreasing profit margins across several sectors, whereas most of the big winners in the Wall Street IPOs are companies with innovative ideas from Facebook (NASDAQ: FB) and Twitter, (NASDAQ: TWTR) to Snapchat (NYSE: SNAP). There are two common determining factors among those successful IPOs: Ideation and User Generated Content (UGC). In the era of big data and artificial intelligence, we will soon be able to create the tools to better capture the value from ideation and UGC, as well as spur economic growth by capitalizing on human ingenuity. With the ever-accelerating developments in technology, the world is in the process of moving from a consumer economy to a knowledge-based economy, and from a debt- based system to an equity based system, which will include movement from tangible assets to intangible assets. Hence we envision that our world economic system will operate on a new growth formula. 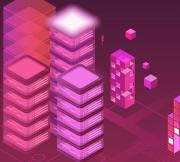 Wayve, a U.K.-based startup that's developing artificial intelligence (AI) that teaches cars to drive autonomously using reinforcement learning, simulation, and computer vision, has raised $20 million in a series A round of funding led by Palo Alto venture capital (VC) firm Eclipse Ventures, with participation from Balderton Capital, Compound Ventures, Fly Ventures, and First Minute Capital. Several notable angel investors also participated in the round, including Uber's chief scientist Zoubin Ghahramani and Pieter Abbeel, a UC Berkeley robotics professor and pioneer of deep reinforcement learning. Founded out of Cambridge, U.K., in 2017, Wayve's core premise is that the big breakthrough in self-driving cars will come from better AI brains rather than more sensors or "hand-coded" rules. The company said that it trains its autonomous driving system using simulated environments and then transfers that knowledge into the real world, where it emulates how humans adapt to conditions in real time. Wayve's systems learn from each safety driver intervention to understand why the driver had to intervene, bypassing HD maps, lidar, and other sensors that have become synonymous with the burgeoning autonomous vehicle movement.

Ng announced Tuesday that he raised money from venture capital firms New Enterprise Associates, Sequoia Capital and Greylock Partners as well as SoftBank Group Corp. Under Ng, Baidu released a voice-based operating system that users can talk to - much like Amazon's Alexa voice assistant or Apple's Siri - and also started working on self-driving cars and face recognition technology to open things like transit turnstiles when users approach. I think it's a more systematic, repeatable process than most people think," said Ng, who also taught artificial intelligence courses at Stanford University. The first company to receive money from the fund will be Landing.ai,