Colin D Ellis is a project leadership specialist with extensive experience in helping organisations to build teams and create cultures that transform the way that organisations deliver projects. He does this by focusing on the people, not the process. Colin is a leading voice on people-centric project success, is the author of The Conscious Project Leader – a handbook for consistently great project management – and an internationally acclaimed speaker on the need for more leadership in projects. With more than 20 years of project and program management experience in the UK, New Zealand and Australia, Colin has worked with executives and teams across a diversity of sectors including infrastructure, engineering, banking and government agencies.

Sometimes when we listen to the news and pundits that interpret reports and statistics, our hope or determination can get clouded. This is also true in business, but especially for small business owners. If we watch the news we could get a sense that everything was going wrong and all businesses are in trouble. Unfortunately, this is true for a lot of the big corporations that we all know well, but is it really the same state for increasing small business revenue? The fact is that for the most part small business is striding forward with sales and revenue, even in our current economy, and a Constant Contact study shows this has been true since last year. 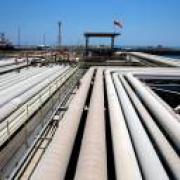 Confidence among Japan's biggest manufacturers has slipped for the second straight quarter, a key central bank survey showed on Monday. The Bank of Japan's tankan report -- a quarterly survey of about 10,000 companies -- showed a reading of 21 among major manufacturers in its June survey against 24 in the March report. The latest tankan, however, hardly made economists pessimistic about the world's third-largest economy, with the headline index still close to its highest level in over a decade. The report, the broadest indicator of how Japan Inc. is faring, marks the difference between the percentage of firms that are upbeat and those that see conditions as unfavorable. The latest reading is slightly lower than market expectations of 22, according to data compiled by Bloomberg News. 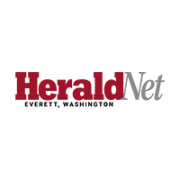