An autoencoder is a type of artificial neural network used to learn efficient data codings in an unsupervised manner.[1] The aim of an autoencoder is to learn a representation (encoding) for a set of data, typically for dimensionality reduction, by training the network to ignore signal "noise". Along with the reduction side, a reconstructing side is learnt, where the autoencoder tries to generate from the reduced encoding a representation as close as possible to its original input, hence its name. Several variants exist to the basic model, with the aim of forcing the learned representations of the input to assume useful properties.[2] Examples are the regularized autoencoders (Sparse, Denoising and Contractive autoencoders), proven effective in learning representations for subsequent classification tasks,[3] and Variational autoencoders, with their recent applications as generative models.[4] Autoencoders are effectively used for solving many applied problems, from face recognition[5] to acquiring the semantic meaning of words.[6][7]

What Is Deep Learning? 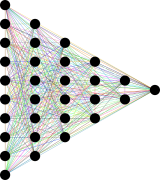 Welcome to Part 3 of Applied Deep Learning series. Part 1 was a hands-on introduction to Artificial Neural Networks, covering both the theory and application with a lot of code examples and visualization. In Part 2 we applied deep learning to real-world datasets, covering the 3 most commonly encountered problems as case studies: binary classification, multiclass classification and regression. Now we will start diving into specific deep learning architectures, starting with the simplest: Autoencoders. The code for this article is available here as a Jupyter notebook, feel free to download and try it out yourself.

In today's article, we are going to discuss a neural network architecture called autoencoders. This article is aimed at Machine Learning and Deep Learning beginners who are interested in getting a brief understanding of the underlying concepts behind autoencoders. So let's dive in and get familiar with the concept of autoencoders. Autoencoders are a type of neural network that attempts to mimic its input as closely as possible to its output. It aims to take an input, transform it into a reduced representation called code or embedding.

What Is Deep Learning? 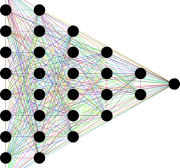