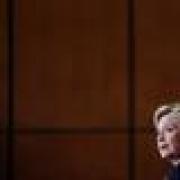 NICOSIA, Cyprus (AP) -- An EgyptAir plane was hijacked on Tuesday while flying from the Egyptian Mediterranean coastal city of Alexandria to the capital, Cairo, and later landed in Cyprus where some of the women and children were allowed to get off the aircraft, according to Egyptian and Cypriot officials. The Airbus flight number MS181 had 81 passengers on board and was flying on a regular route when the hijacking took place, the Egyptians said. It was not immediately clear if one or more hijackers were involved. Details were sketchy and the motives and identities of the hijacker or hjackers were also not known. Shortly after, the plane landed at the airport in the Cypriot coastal city of Larnaca, Cypriot officials said, adding that there were suspicions of a bomb on board.

The Refugee and the Thief

Manu fled Egypt a little bit at a time. First, he flew to Cyprus, because he knew a travel agent who helped him get a visa. Manu spent a few days in Larnaca, and he got a tattoo in Nicosia, and then he returned to Cairo. The next stop was Saudi Arabia. Visas were easy to get for Egyptians performing the'umrah pilgrimage, and Manu had a relative in the country. 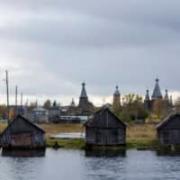 NICOSIA – Cyprus has received 33 mainly Syrian migrants who arrived by boat at the southern port of Larnaca after being escorted to shore, authorities said on Tuesday. Police on the Mediterranean island said they had received information that a boat from the Middle East was heading toward the island. Coast guard members on a patrol boat spotted a crowded eight-meter vessel within Cypriot waters. The 33 migrants, all Syrian except for one Lebanese national, were being processed by police on Tuesday before being transferred to a reception center outside the capital Nicosia. Police said the migrants, including 10 children and six woman, all appeared to be in good health.

Names marked with an asterisk* have been changed to protect interviewees' identities. Nicosia, Cyprus - Zainab* was the only person from the group of migrants on board the ship that was dumped on a rocky, foreign beach. It was a hot day in August 2016, and the then-17-year-old's only possessions were the worn clothes on her back. For three days, she slept on the beach, unaware she had arrived in Cyprus, far from the West African country she had fled. Eventually, strangers took her to a youth shelter in Larnaca, where she met a group of Somali girls who told her where she was.

After 1974, when Hala Sultan Tekke came under Greek Cypriot control, Turkish Cypriots were no longer able to visit. That started to change when the border opened in 2003. "Before," says Alemdar, "it had a museum flavor, which was hurting the people a lot." Now, there are prayers every Friday. The regular congregation is about 100 people, but on special occasions the number is far greater: "We have people coming from all over the island," says Alemdar, "from Paphos, Limassol--and the north."