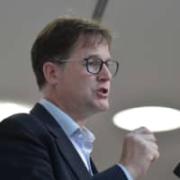 Erik Brunetti wants to be scandalous. A fashion designer and provocateur, Brunetti helped pioneer streetwear in the 1990s, selling clothes with profane and subversive messages through his brand Fuct. Brunetti has tried to register Fuct as a trademark, but the government won't let him, because federal law prohibits the registration of "scandalous" trademarks. The U.S. Patent and Trademark Office cited Urban Dictionary to prove that Fuct is the "past tense of the verb fuck" and therefore a "scandalous" vulgarity under the law. Now Brunetti is asking the U.S. Supreme Court to strike down this statute, clearing the way for him to register his trademark at last.

Yet again, the Supreme Court should protect 'offensive' trademarks

The Supreme Court on Monday considered whether a line of clothing whose name sounds a lot like a four-letter vulgarity beginning with the letter F can be denied federal trademark registration because it's "scandalous" or "immoral." If the justices value the 1st Amendment they will rule -- as they did in a related case two years ago -- that government officials may not refuse to register a trademark simply because many people might find it offensive. In the 1990s, a Los Angeles entrepreneur and artist named Erik Brunetti founded a clothing brand called FUCT. But when he tried to register that name for federal trademark protection, the U.S. Patent and Trademark Office denied his petition. It cited language in a federal law known as the Lanham Act directing the agency not to register trademarks containing "immoral" or "scandalous" material. 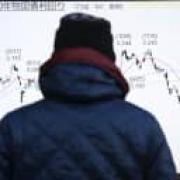 WASHINGTON - The U.S. Supreme Court on Friday agreed to hear a case brought by a clothing line named Fuct, which the government has refused to register, claiming it would promote vulgarity. The case pits a provision of U.S. trademark law that allows the government to deny requests on the basis "immoral" or "scandalous" words against the bedrock principles of free speech enshrined in the Constitution. A date of hearing has not yet been fixed. But it is a safe bet no case before it will have exposed the nation's top judges to so many profanities. The street wear brand was founded in 1990 by Los Angeles-based designer Erik Brunetti.

High court set to issue decisions on gerrymandering and census citizenship questions; Shannon Bream reports from the Supreme Court. The Supreme Court on Monday struck down part of a federal law blocking trademarks for names or logos bearing "immoral" or "scandalous" images -- including profanity and sexual imagery. The justices said in a unanimous ruling that the law violated the constitutional rights of designer Erik Brunetti. Registration for his clothing brand "FUCT" (pronounced as the individual letters F-U-C-T) had been denied by a federal tribunal. "The statute, on its face, distinguishes between two opposed sets of ideas: those aligned with conventional moral standards and those hostile to them; those inducing societal nods of approval and those provoking offense and condemnation," Justice Elena Kagan wrote in the court's opinion.