Japan to Make Crater on Asteroid to Get Samples From Inside

Japan says its Hayabusa2 spacecraft will follow up last month's touchdown on a distant asteroid with another risky mission _ to drop an explosive to make a crater and collect underground samples to get possible clues to the origin of the solar system. 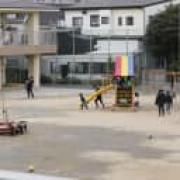 Scientists have succeeded in creating what they called the first-ever artificial crater on an asteroid, a step toward shedding light on how the solar system evolved, the Japan Aerospace Exploration Agency said Thursday. The announcement comes after the Hayabusa2 probe fired an explosive device April 5 at the Ryugu asteroid, around 340 million kilometers from Earth, to blast a crater in the surface and scoop up material, aiming to reveal more about the origins of life on Earth. Yuichi Tsuda, Hayabusa2 project manager, told reporters they confirmed the crater from images captured by the probe located 1,700 meters (5,500 feet) from the asteroid's surface. "Creating an artificial crater with an impactor and observing it in detail afterward is a world-first attempt," Tsuda said. "This is a big success."

Japan space agency finds 10 other artificial craters made on asteroid 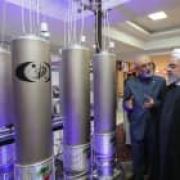 Japan's space agency said Thursday 10 other smaller man-made craters had been found on an asteroid after its Hayabusa2 space probe produced an artificial crater last month as part of its mission to explore the origin of life and the evolution of the solar system. When the asteroid explorer fired a metal object at the Ryugu asteroid on April 5 to create a crater in the world's first-of-its-kind experiment, scattered fragments of the impactor made other craters, about 1 meter in diameter, the Japan Aerospace Exploration Agency said. The newly discovered craters along with the initial one found earlier -- which is about 10 meters in diameter and 2 to 3 meters in depth -- are expected to help the agency examine the surface of the asteroid and estimate its age, according to JAXA. The agency will continue to investigate the surface of Ryugu, around 340 million kilometers from Earth, in the hope that by June it will have found a suitable site for Hayabusa2 to collect more surface samples following the first such procedure in February. Launched in December 2014 from the Tanegashima Space Center in southwestern Japan, Hayabusa2 reached Ryugu last June and is scheduled to return to Earth around the end of 2020 after completing its mission.