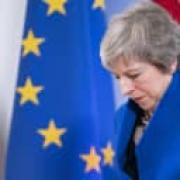 Anger erupts over video of Palestinian shot by Israeli sniper

Palestinian officials and human rights activists have sharply criticised Israeli support for the actions of Israeli snipers filmed celebrating after shooting a Palestinian standing inside the Gaza Strip. In the video clip, which was first posted on Monday and has been widely shared on social media, the soldiers are heard discussing opening fire on what appeared to be Palestinians posing no immediate threat, nor engaging in any hostile acts near the fence. A shooter then appeared to open fire on one, knocking the person to the ground. Israeli soldier shoots an unarmed Palestinian and then celebrates, calling him a "Son of a B***h". That son of a b***h," one of the voices behind the camera is heard saying in Hebrew. 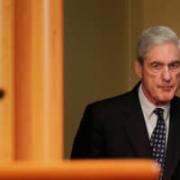 BAGHDAD - Iraq on Wednesday handed over 188 Turkish children of suspected Islamic State militants to Turkey, while a court sentenced two former Islamic State members to death for joining the extremist group. They included one Frenchman and a Tunisian resident of France, bringing the number of French nationals condemned to death in the past week to seven. The two developments Wednesday point to the enormous legacy left behind by IS and its "caliphate" that once spanned a third of both Iraq and Syria. Besides the atrocities and devastation the group wreaked, thousands of foreigners -- including hundreds of children born to parents who lived under or fought with the Islamic State group -- have been caught in Iraq's justice system. At Baghdad airport, the 188 Turkish children were handed over to Turkish government representatives in the presence of Iraqi government officials and the U.N. children's agency, Judge Abdul Sattar Bayraqdar said.

Israeli has refused to issue a visa for a senior Human Rights Watch staff member, accusing the US-based rights group of pro-Palestinian bias and saying it will no longer grant visas to its staff. HRW said on Friday that its Israel and Palestine Director Omar Shakir, a US citizen, had received a rejection letter on February 20, months after an application for the permit was submitted by the group on his behalf. The Israeli foreign ministry said that the organisation was "not a real human rights group", with a foreign ministry spokesman calling it "fundamentally biased" with a "hostile agenda". New York-based HRW, which operates in 90 countries, said it has documented violations considered illegal under international humanitarian law by all sides in the conflict, including the Palestinian Authority, and Hamas, the Palestinian group that governs the Gaza Strip. The Israeli interior ministry cited a recommendation received by the foreign ministry, which said that HRW's "public activities and reports have engaged in politics in the service of Palestinian propaganda, while falsely raising the banner of'human rights'".

The father of 17-year old Jordanian Mohammed al-Jawawdeh, who was fatally shot by an Israeli embassy guard in Amman on July 23, says he wants his son's killer to face justice. Zakariya al-Jawawdeh was reacting on Saturday to the Israeli government's announcement that it would conduct a preliminary investigation into the shooting to death of two Jordanians by the guard who the kingdom says should face criminal prosecution. The embassy guard, later identified as "Ziv", shot and killed Mohammed and Dr Bashar Hamarneh, the owner of a property rented out to the Israeli embassy in Amman. Israel's attorney general on Friday ordered police to "look into" the shootings, the Israeli justice ministry said in a statement, using terminology signifying a preliminary probe that could be upgraded into a criminal investigation if warranted. "Further along, as findings arise, the option will be considered of asking the Jordanian authorities ... to provide additional material to the police," the ministry said.