On March 19th, Secretary of State Rex Tillerson and Chinese President Xi Jinping, two men in dark suits, white shirts, and red neckties, sat in matching armchairs in Beijing's Great Hall of the People. Their interaction, as described by Xinhua, China's state-run news agency, was equally amiable. Xi called on the United States and China to "expand coöperative areas and achieve win-win results." Tillerson, who was on his first visit to Asia since taking over at the State Department, and was travelling without the press gaggle that usually chronicles the movements of America's top diplomat, agreed that "the U.S. side is ready to develop relations with China based on the principle of no conflict, no confrontation, mutual respect, and win-win coöperation." Who could argue with such inoffensive sentiments? 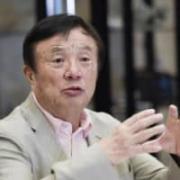 BELGRADE – When hundreds of video cameras with the power to identify and track individuals started appearing in the streets of Belgrade as part of a major surveillance project, some protesters began having second thoughts about joining anti-government demonstrations in the Serbian capital. Local authorities assert the system, created by Chinese telecommunications company Huawei, helps reduce crime in the city of 2 million. Critics contend it erodes personal freedoms, makes political opponents vulnerable to retribution and even exposes the country's citizens to snooping by the Chinese government. The cameras, equipped with facial recognition technology, are being rolled out across hundreds of cities around the world, particularly in poorer countries with weak track records on human rights where Beijing has increased its influence through big business deals. With the United States claiming that Chinese state authorities can get backdoor access to Huawei data, the aggressive rollout is raising concerns about the privacy of millions of people in countries with little power to stand up to China.

SHENYANG, China (AP) — China cremated the body of imprisoned Nobel Peace Prize laureate Liu Xiaobo, who died this week after a battle with liver cancer amid international criticism of Beijing for not letting him travel abroad as he had wished. 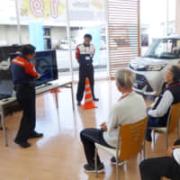 In an annual statement, the U.S. State Department marked the 30th anniversary of China's June 4, 1989, Tiananmen crackdown with one of its most harsh criticisms to date, delivering a scathing assessment of the massacre and praising the "heroic protest movement" -- a message that stood in stark contrast with Japan's own remarks addressing the bloody attack. "We honor the heroic protest movement of the Chinese people that ended on June 4, 1989, when the Chinese Communist Party leadership sent tanks into Tiananmen Square to violently repress peaceful demonstrations calling for democracy, human rights, and an end to rampant corruption," U.S. Secretary of State Mike Pompeo said in the statement released Monday. Markedly longer than the 2017 and 2018 versions, the statement was released just days after the Tiananmen incident was described by a State Department spokeswoman as "a full-on massacre of peaceful protesters" and came as the U.S. and China continue to trade blows over regional security issues and an increasingly contentious trade war. China has never given a full accounting of the bloody crackdown that saw hundreds -- possibly thousands -- killed in Beijing by People's Liberation Army troops as they moved to retake the square in the capital on the orders of the ruling Communist Party. Collective memory of the events is believed to have waned in recent years due in no small part to a relentless campaign of censorship by the party's leadership, which has turned the massacre into one of the most politically taboo issues in the country. 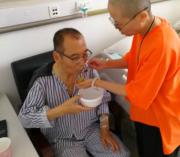 SHENYANG, China (AP) — The Latest on the death of imprisoned Chinese Nobel Peace Prize laureate Liu Xiaobo, who died Thursday night in the northeastern city of Shenyang following a battle with liver cancer (all times local):