Chinese woman wields nunchucks like she was born to do it

A woman from Fujian, China, is being hailed as a wushu master after a video of her showing off her nunchuck skills went viral. Identified only by her surname, Lei is so agile with a pair of nunchucks that she can put out candles, slice a cucumber and light a single match with them. At one point, she even knocks an orange off her friend's head with nunchucks while blindfolded. According to CCTV News, Lei teaches nunchuck lessons to the women in her village. These women make wielding weapons look so easy.

Researchers from the New Jersey Institute of Technology taught a robot how to use a pair of nunchucks. The research was part of a machine learning experiment that would require a robot to handle complex objects consisting of a combination of parts with different materials and rigidities. This type of machine learning could be applied to other fields where delicate precision is required such as car interior fitting or fruit picking. You can read more about it in the research paper here. 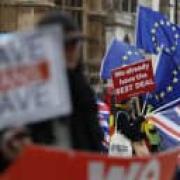 NEW YORK - A federal judge knocked down a New York state law banning nunchucks that dated to the 1970s, when martial arts star Bruce Lee popularized them in his movies by whipping around the twin sticks linked by a chain. U.S. District Court Judge Pamela Chen sided with an amateur martial artist who opposed the ban, reasoning that the right to bear arms protected by the Second Amendment of the U.S. Constitution applies not just to firearms but also to nunchucks. The 44-year-old law that makes possession of "chuka sticks" a crime is "an unconstitutional restriction on the right to bear arms under the Second Amendment and are, therefore, void," Chen wrote in a judgment rendered on Friday in U.S. District Court in Brooklyn. The law was challenged by James Maloney, who claimed the ban prevented him from teaching his twin sons a martial arts form that used nunchucks. Nunchucks are a traditional martial arts weapon developed in Okinawa and made famous in Lee's 1970s martial arts movies.

The Republican National Convention kicks off in Cleveland on Monday and, despite earlier reports to the contrary, the city's police department says it's ready. A key question for law enforcement is what the effect of the state's open-carry law will be, especially in the wake of the murder of five police officers in Dallas, where people exercising their right to carry weapons legally were mistakenly treated as suspects and complicated the response for police officers. Given the history of violence between protesters and supporters of the prospective GOP nominee at campaign events, some Trump delegates told Mother Jones' Pema Levy that they're bringing their guns to the event to protect themselves. The city of Cleveland had previously released a list of prohibited items for the area around the convention, including water guns, gas masks, swords, and nunchucks. Cleveland Police Chief Calvin Williams said Wednesday at a press conference that his department is ready.

Man had 38 weapons at Cardiff Airport as 'souvenirs'

A holidaymaker has been jailed for four years for trying to bring home 38 weapons which he said were "souvenirs".