Artificial Intelligence and the Future of Surgical Robotics : Annals of Surgery 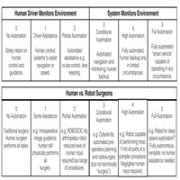 In 2016, Shademan et al reported complete in vivo, autonomous robotic anastomosis of porcine intestine using the Smart Tissue Autonomous Robot (STAR).1,2 Although conducted in a highly controlled experimental setting, STAR quantitatively outperformed human surgeons in a series of ex vivo and in vivo surgical tasks. These trials demonstrated nascent clinical viability of an autonomous soft-tissue surgical robot for the first time. Unlike conventional surgical robots which are controlled in real-time by humans and which have become commonplace in particular subspecialties, STAR was controlled by artificial intelligence (AI) algorithms, and received input from an array of visual and haptic sensors. Applications of AI to clinical data for diagnostic purposes have already begun to demonstrate capability approximating that of specialist physicians.3,4

The Surgical Singularity Is Approaching

Those keeping abreast of the latest medical developments may be aware of the buzz surrounding applications of artificial intelligence (AI) to medical tasks. To date, these have mainly involved application of computer algorithms to clinical data such as x-rays, images or text-based medical records, to diagnose disease. The sensationalism has largely arisen due to the fact that in some instances, these algorithms have met or exceeded capabilities of a specialist physician for particular diagnostic tasks. With these early accomplishments, a question arises as to how the introduction of clinically viable AI may affect the role of human physicians in the future. Being at a primitive stage and lacking widespread real-world application, the topic remains speculative at present.

Robot Surgeons Are Taking Over the Operating Room

Advanced surgical robots are already helping doctors perform operations with previously unimaginable precision. But fairly soon, doctors may be able to hand the scalpel over entirely--at least for simple, repetitive procedures--freeing up human surgeons' valuable time for more complex work. Some of the latest surgical robots can already plan and execute simple surgical tasks entirely on their own, select optimal approaches and tools, and even use deep learning to observe and replicate new procedures. So we've rounded up a few of the coolest robo-surgeons just for you.

By the end of 2018, surgeons in the United Kingdom could have a new assistant in the operating room: Versius, the world's smallest surgical robot. Created by CMR Surgical, the bot is essentially three robotic arms attached to a mobile unit about the size of a barstool, according to a recent report by The Guardian. A surgeon controls the bot from a control panel, guiding the arms as they carry out keyhole procedures (surgeries performed through tiny incisions in the body -- much less invasive than open surgeries, which require much larger incisions). CMR Surgical is in the process of getting Versius approved by UK regulators so that it can move out of the training room and into the operating room. The company hopes to pass this regulatory hurdle before the end of this year.

Robots add real value when working with humans, not replacing them

Matt Beane is a doctoral student in his final year at the Sloan School of Management and is the Chief Human-Robot Interaction Officer at Humatics. In the popular media, we talk a lot about robots stealing jobs. But when we stop speculating and actually look at the real world of work, the impact of advanced robotics is far more nuanced and complicated. Issues of jobs and income inequality fade away, for example -- there aren't remotely enough robots to affect more than a handful of us in the practical sense. Yet robots usually spell massive changes in the way that skilled work gets done: The work required to fly an F-16 in a combat zone is radically different from the work required to fly a Reaper, a semi-autonomous unmanned aerial vehicle, in that same zone.