'Clear and present danger' of famine affecting half the population of Yemen: U.N. humanitarian chief 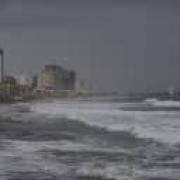 UNITED NATIONS – The U.N. humanitarian chief warned Tuesday that "there is a clear and present danger of an imminent and great big famine engulfing Yemen." Mark Lowcock told the Security Council that this famine would be "much bigger than anything any professional in this field has seen during their working lives." He said "the situation is now much graver" than when he warned of famine in Yemen at the beginning of 2017 and again last November. That is because "of the sheer number of people at risk," he said. Lowcock said the U.N. now thinks last month's estimate that 11 million people could soon face "pre-famine conditions" and need aid to survive was wrong, and the number is actually 14 million -- half of Yemen's population.

The United Nations Humanitarian chief warns that Yemen is on the verge of widespread famine, with about half of the population completely relying on humanitarian aid for survival. Addressing the Security Council on Tuesday, UN Under-Secretary-General for Humanitarian Affairs Mark Lowcock said, "there is a clear and present danger of an imminent and great big famine engulfing Yemen". Lowcock told the UN's most powerful body that this famine would be "much bigger than anything any professional in this field has seen during their working lives". He said "the situation is now much graver" than when the world governing body last warned of a risk of famine at the beginning of 2017 and again last November, because "of the sheer number of people at risk". According to Lowcock, last month's estimate that 11 million people could soon face "pre-famine conditions" actually stood closer to 14 million - about half of Yemen's population.

EU and UN: Saudi easing of Yemen blockade not enough

The Saudi-led coalition's easing of its blockade on famine-threatened Yemen is "a step in the right direction" but does not go far enough, the European Union and United Nations said. The coalition shut down Yemen's borders on Monday in response to a missile attack by Houthi rebels that was intercepted near Riyadh airport. On Wednesday, it reopened the southern port of Aden, controlled by coalition-backed government forces, and the Wadea crossing on the Saudi-Yemeni border was reopened the next day. The EU's commissioner for humanitarian aid and crisis management, Christos Stylianides, said Saturday that more steps were needed. "Initial measures to resume operations in Aden port and to open Wadea border crossing are a step in the right direction," he said. 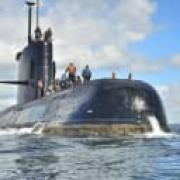 UNITED NATIONS – The U.N. envoy for Yemen announced Friday the country's internationally recognized government and rival Houthi Shiite rebels have agreed to attend talks aimed at ending their three-year war, which has created the globe's worst humanitarian crisis by pushing the Arab world's poorest country to the brink of famine. Martin Griffiths told the U.N. Security Council that he planned to bring the warring parties together "soon" in Sweden. He also said the Houthis and the government, which is backed by a Saudi-led coalition, were about to conclude an agreement on exchanging prisoners and detainees. The spotlight has fallen on what many viewed as the long forgotten war in Yemen since the murder of Saudi journalist Jamal Khashoggi at Saudi Arabia's consulate in Istanbul on Oct. 2. Griffiths said he is determined to take advantage of "the international attention and energy" to move toward peace. "We must seize this positive international momentum on Yemen," he told the U.N.'s most powerful body.

Millions of people will die in Yemen, in what will be the world's worst famine crisis in decades, unless a Saudi-led military coalition ends a devastating blockade and allows aid into the country, the United Nations has warned. The Saudi-led alliance fighting Yemen's Houthi rebels tightened its air, land and sea blockade of the country after a ballistic missile was fired on Saturday towards the Saudi capital, Riyadh. Since then, the country's already inflated food and fuel prices have skyrocketed, while flights delivering much-needed humanitarian aid have been prevented from landing. After briefing the UN Security Council on Wednesday, Mark Lowcock, the UN's humanitarian chief, said the move will worsen a "catastrophic" humanitarian crisis that has pushed millions to the brink of famine and has caused a mass cholera epidemic. "I have told the Council that unless those measures are lifted ... there will be a famine in Yemen," Lowcock, who visited Yemen late in October, told reporters on Wednesday.