As organizations roll out machine learning and AI models into production, they're increasing cognizant of the presence of bias in their systems. Not only does this bias potentially lead to poorer decisions on the part of the AI systems, but it can put the organizations running them in legal jeopardy. However, getting on top of this problem is turning out to be tougher than expected for a lot of organizations. For example, Harvard University and Accenture demonstrated how algorithmic bias can creep into the hiring processes at human resources departments in a report issued last year. In their 2021 joint report "Hidden Workers: Untapped Talent," the two organizations show how the combination of outdated job descriptions and automated hiring systems that leans heavily on algorithmic processes for posting of ads for open job and evaluation of resumes can keep otherwise qualified individuals from landing jobs.

Ethical implications of AI and the future of work

As the future of work rapidly evolves, and organizations are integrating people, technology, alternative workforces, and new ways of working, leaders are wrestling with an increasing range of resulting ethical challenges. These challenges are especially pronounced at the intersection between humans and technology, where new questions have risen to the top of the ethics agenda about the impact of emerging technologies on workers and society. How organizations combine people and machines, govern new human-machine work combinations, and operationalize the working relationship between humans, teams, and machines will be at the center of how ethical concerns can be managed for the broadest range of benefits. Organizations that tackle these issues head-on--changing their perspective to consider not only "could we" but also "how should we"--will be well positioned to make the bold choices that help to build trust among all stakeholders. The Readiness Gap: Seventy-five percent of organizations say ethics related to the future of work are important or very important for their success over the next 12 to 18 months, but only 14 percent say they are very ready to address this trend.

The age of pervasive AI is here.1 Since 2017, Deloitte's annual State of AI in the Enterprise report has measured the rapid advancement of AI technology globally and across industries. In the most recent edition, published in July 2020, a majority of those surveyed reported significant increases in AI investments, with more than three-quarters believing that AI will substantially transform their organization in the next three years. In addition, AI investments are increasingly leading to measurable organizational benefits: improved process efficiency, better decision-making, increased worker productivity, and enhanced products and services.2 These possible benefits have likely driven the growth in AI's perceived value to organizations--nearly three-quarters of respondents report that AI is strategically important, an increase of 10 percentage points from the previous survey.

The imperatives for automation success 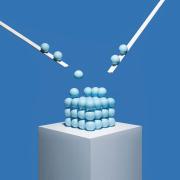 At a time when companies are increasingly embracing technologies such as robotic process automation, natural language processing, and artificial intelligence, and as companies' automation efforts mature, findings from our second McKinsey Global Survey on the topic show that the imperatives for automation success are shifting. The online survey was in the field from February 4 to February 14, 2020, and garnered responses from 1,179 participants representing the full range of regions, industries, company sizes, functional specialties, and tenures. To adjust for differences in response rates, the data are weighted by the contribution of each respondent's nation to global GDP. Two years ago our survey found that making business-process automation a strategic priority was conducive to success beyond the piloting stage. 2 2. We define business-process automation as the use of general-purpose technologies (for example, bots and algorithms) to perform work that was previously done manually, in order to improve the functionality of a company's underlying systems. In the survey, automation did not include the use of automation that was custom built (for example, Excel macros and custom scripts) for organizations.

State of AI in the Enterprise, 2nd Edition