Nvidia hails a robotaxi with next step in AI computing

Nvidia's AI computing platform packs the power of a data centre into a supercomputer the size of a license plate. The race to take bring autonomous vehicles to the road is one currently being driven by the biggest names in tech and manufacturing, with Intel, Tesla, Google, and Ford just some of those already on the AI starting grid. Nvidia has today upped its proposition in the market, announcing what it claims to be is the world's first AI computer for robotaxis. Nvidia's vision for robotaxis, a new class of fully autonomous vehicles, will see cars with no drivers, a steering wheel, pedals or mirrors. Instead it gives passengers better comfort, with interiors designed like a home or office to make passengers feel as comfortable as on a train journey.

Nvidia has on Tuesday announced Drive Constellation, a cloud-based system for testing autonomous vehicles using photorealistic simulation via virtual reality, aiming to speed up the delivery of autonomous cars in a safer and more scalable way. According to Nvidia senior director of Automotive Danny Shapiro, every two minutes, four to five people die in vehicle-related accidents -- totalling 3,000 people per day globally. "This is a big problem, so we're really focused on bringing the hardware and software to solve the challenge," he said. Drive Constellation is a computing platform based on two different servers. The first runs the Nvidia Drive Sim software to simulate an autonomous vehicle's sensors, such as cameras, lidar, and radar; while the second boasts Nvidia Drive Pegasus, which is an artificial intelligence car computer that runs the autonomous vehicle software stack and processes the simulated data as if it was being fed in from sensors on a real car.

The 5 Most Amazing AI Advances in Autonomous Driving 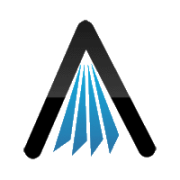 The very idea of a driverless vehicle rolling around on the streets seems incredible. And yet, we may be close to seeing such vehicles on the road around the world, thanks to artificial intelligence (AI), among other driving forces. In the recent past, there have been some amazing advances in autonomous vehicle technology which indicate the dream is inching toward fruition. It seems that the framework of autonomous vehicles has been almost finalized. Subject to legal and administrative approvals, driverless vehicles will be a common sight on the roads soon.

But while automakers are still dropping level 2 and sometimes level 3 vehicles into the market, NVIDIA has announced its first AI computer, the NVIDIA Drive PX Pegasus that it says is capable of level 5 autonomy. The computing needed to power a self-driving car's AI and data crunching not to mention the huge amounts of data coming from potentially dozens of cameras, LiDAR sensors, short and long-range radar is staggering and usually means there's a small server room stored in the trunk. The new NVIDIA Drive PX Pegasus AI computer is the size of a license plate and uses far less power than the current model. The delivery service is looking to deploy a pilot fleet with the current Drive PX in 2018.

Autonomous vehicles rely on several advanced technologies to self-navigate. We unbundle the AV to see how these technologies work together and which companies are driving them forward. Autonomous vehicles rely on a set of complementary technologies to understand and respond to their surroundings. Some AV companies are focusing on these specific components and partnering with automakers and Tier-1 suppliers to help bring their products to scale while others, such as Zoox and Nuro, are designing their vehicles from the ground up. Technology is disrupting the auto industry from all sides. Get the free report PDF to learn more.