White House counsel Don McGahn will leave his position following the likely confirmation of Supreme Court nominee Brett Kavanaugh this fall. President Donald Trump announced the news in a tweet Wednesday morning, shortly after Axios first reported that McGahn was planning to leave and hoping that Emmet Flood, who advised President Bill Clinton during his impeachment proceedings, would succeed him. White House Counsel Don McGahn will be leaving his position in the fall, shortly after the confirmation (hopefully) of Judge Brett Kavanaugh to the United States Supreme Court. I have worked with Don for a long time and truly appreciate his service! News of McGahn's upcoming departure follows a report that McGahn has cooperated extensively with special counsel Robert Mueller's investigation, answering nearly 30 hours of questions about whether Trump has obstructed justice. 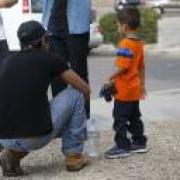 WASHINGTON – U.S. Supreme Court nominee Brett Kavanaugh's past writings that a president should not be distracted by lawsuits and investigations could become a flash point in what is already shaping up to be a contentious confirmation battle. With special counsel Robert Mueller investigating whether President Donald Trump obstructed justice, questions about whether a chief executive can be subpoenaed or indicted could potentially reach the Supreme Court. Though there is no indication at this point that will happen, it is sure to be a major topic of questioning at Kavanaugh's confirmation hearing as the Senate weighs whether to confirm him to replace retiring Justice Anthony Kennedy. Democrats opposing Kavanaugh are already weighing in, saying the past writings -- particularly a legal article he wrote on the separation of powers in 2009 -- suggest he would be inclined to side with Trump. Senate Democratic leader Chuck Schumer said Tuesday that he "seems exactly like the kind of man President Trump would want on the Supreme Court if legal issues from the Mueller probe arise."

This piece was originally published on Just Security, an online forum for analysis of U.S. national security law and policy. Professor Paul Schiff Berman argued in the New York Times last week that Congress should not act on any nomination to replace Justice Anthony Kennedy until the conclusion of the special counsel's investigation and clarification of Donald Trump's legal position. Berman cited Trump's "profound personal interest in appointing a judge he can count on to protect him" on a number of constitutional issues directly pertaining to the president's legal interests or exposure that may come before the justices--such as self-pardons, compliance with compulsory process, or the appointment of the current special counsel. At least one member of Congress, Sen. Cory Booker, has supported a "pause" in the nominations process to avert "a conflict of interest and a constitutional crisis." A delay in the confirmation process for these reasons at this time is not likely to generate widespread support, and not enough to carry the day in the Senate. 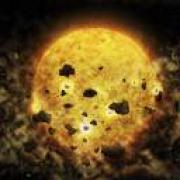 WASHINGTON – Democrats opposing Supreme Court nominee Brett Kavanaugh's nomination are seizing on remarks he made in 2016 saying he would like to put the "final nail" in a Supreme Court precedent upholding an independent counsel law as constitutional. Republicans say Kavanaugh's writings and speeches are being taken out of context. The independent counsel law, which took the hiring and firing of prosecutors away from the executive branch, expired in 1999 and does not apply to special counsel Robert Mueller's Russia investigation. The ongoing probe falls under the Justice Department. But Democrats have put Kavanaugh's views on executive power and presidential investigations front and center as they battle his nomination.

This piece was originally published on Just Security, an online forum for analysis of U.S. national security law and policy. As Brett Kavanaugh's Supreme Court confirmation process begins to get underway, some commentators have sought to minimize the significance of the sweep of Kavanaugh's writings on the subject of presidential immunities. That these commentators--Noah Feldman, Asha Rangappa, and Benjamin Wittes--are distinguished and influential in the public debate make it all the more important to counter their claims. The issue is the narrow--yet highly important--question of what Kavanaugh has to say about the conditions under which he would recuse himself from any case involving criminal investigations that implicate the president. What he concludes about his recusal obligations may turn out to be of great significance to the court and the Trump presidency.