Why are TVs so cheap now? Well, your smart TV is watching you and making extra money, too 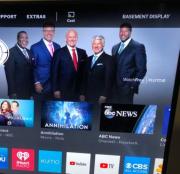 The prices of Smart TVs have plummeted, as set makers have figured out a different way to make money off you. LOS ANGELES--Your smart TV is watching you. That's why the prices of TVs have fallen so dramatically over the last five years. A mix of lower LCD prices, more intense competition and new ways to profit off the consumer once the set enters our homes have turned the boob tube into something more like a razor. And we, the viewers, are the razor blades.

Vizio is making some bold moves with its latest smart TVs, but the changes aren't all great for cord cutters. Replacing the traditional remote control with Google Cast and a dedicated Android tablet is a wonderful idea, but Vizio is also boasting that its SmartCast 4K TVs will be "Tuner-Free." That means they won't have ATSC tuners onboard and therefore won't be able to receive over-the-air (OTA) digital broadcasts from major networks such as ABC, CBS, Fox, NBC, and PBS. If you want to access the free (well, ad-supported) content available from those sources, you'll need to buy an outboard tuner--along with the antenna you'd need anyway--and connect the tuner to one of the TV's HDMI inputs. The changes will apply to all of Vizio's 4K Ultra HD TVs with SmartCast, including the new P-Series and upcoming E- and M-Series sets.

How To Stop Your Smart TV From Spying on You 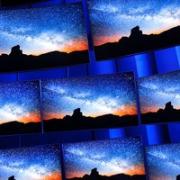 This week, Vizio, which makes popular, high-quality, affordable TV sets, agreed to pay a $2.2 million fine to the FTC. As it turns out, those same TVs were also busily tracking what their owners were watching, and shuttling that data back to the company's servers, where it would be sold to eager advertisers. That's every bit as gross as it sounds, but Vizio's offense was one of degree, not of kind. While other smart TV platforms don't sell your viewing data at the IP level to the highest bidder without consent, like Vizio did, many do track your habits on at least some level. And even the companies that have moved on from ACR--like LG when it embraced webOS--have older models that liberally snoop.

Apple may not have an official booth or presence at CES but that doesn't mean it isn't making any news at the annual industry showcase. The iPhone-maker and electronics giant has announced partnerships with Samsung, LG and Vizio to bring its AirPlay 2 streaming technology to the latter's TVs. AirPlay 2 tech was previously largely limited to Apple's own Apple TV streaming boxes and speakers from Sonos, Beats, and Bose, among others. By bringing the tech to TVs viewers who own Apple devices will soon be able to wirelessly stream what is on their iPhone, iPad or Mac screens to their big screens. This includes not only streaming videos from apps like YouTube, Netflix or HBO but also games, photos, and music.

Hey Siri, turn on 'The Voice' for my Vizio TV

Sure, Siri can open Netflix for you and search for a George Clooney movie, but only if you spring $179 to $199 for the Apple TV accessory streamer. Now, Apple's personal assistant can turn on the TV, change the channel and find a specific TV show, on certain newer TVs from Vizio, Samsung, Sony and LG. It's part of a radical rethink on Apple's part to bring Apple outside of the ecosystem, and onto mainstream television sets. Samsung pushed out Apple's AirPlay features on new smart TVs that began shipping May 13. AirPlay lets you mirror what's on your device.