Trump to request $8.6B in wall funding in 'tough' budget request, setting up congressional showdown

Customs and Border Protection data shows more than 36,000 families have been arrested since Fiscal Year 2019 began in October; Casey Stegall reports from Dallas. President Trump will soon formally seek a total of $8.6 billion in new border wall funding from Congress as part of the White House's upcoming budget proposal for the next fiscal year, three sources close to the budget process tell Fox News, although the aggressive request faces all-but-certain rejection in Congress amid a growing crisis at the southern border. The budget is also expected to seek money to establish the Space Force as a new branch of the military, and to sharply curb spending on domestic safety-net programs. The outline includes a total of $2.7 trillion in nondefense spending cuts and the administration says its proposals would put the federal government on track to balance the budget by 2034. "In the last two years, President Trump and this Administration have prioritized reining in reckless Washington spending. The Budget that we have presented to Congress and the American people ... embodies fiscal responsibility, and takes aim at Washington's waste, fraud, and abuse," said Office of Management and Budget Acting Director Russ Vought said in a statement Sunday night.

US President Donald Trump is reviving his border wall fight, preparing a new budget that will seek $8.6bn for his signature project, impose steep spending cuts to other domestic programmes and set the stage for another fiscal battle. Budget documents like the one Trump is releasing on Monday are often seen as just a starting point of negotiation. Fresh off the longest government shutdown in history, Trump's 2020 proposal shows he is eager to confront Congress again to boost defence spending and cut $2.7trillion in non-military spending over a decade. Titled "A Budget for a Better America: Promises Kept. Taxpayers First," Trump's proposal "embodies fiscal responsibility", said Russ Vought, the acting director of the Office of Management and Budget.

Trump Will Ask Congress for $8.6 Billion in Wall Funding, Setting Up New Clash With Democrats

President Donald Trump will begin the week by setting up what will undoubtedly be a clash with Democrats in Congress. On Monday, the president will ask Congress for $8.6 billion in additional funding for his long-promised wall along the U.S.-Mexico border as part of his 2020 budget proposal. The proposal is almost certainly dead-on-arrival considering Trump had previously requested $5.7 billion to build a wall and the ensuing fight led to the longest government shutdown in history. When Trump didn't get what he wanted, he declared a national emergency in order to be able to access the cash that had been denied by Congress. The new request will include $5 billion in funding for the department of Homeland Security and $3.6 billion for the Pentagon's military construction budget. 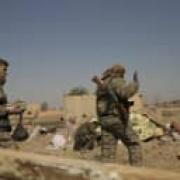 WASHINGTON - President Donald Trump in his 2020 budget on Monday called for overhauling social programs that help poor and elderly Americans, while boosting military spending and funding a U.S.-Mexico border wall, in the opening gambits in his next funding fight with the U.S. Congress. The Republican president's $4.7 trillion budget was immediately panned by Democrats in Congress, who rejected his push last year for wall funding in a standoff that led to a five-week partial shutdown of the federal government. Like past presidential budget proposals, Trump's spending plan was highly unlikely to become law, especially with Democrats in control of the House of Representatives, but it does serve as an early manifesto of the policy priorities he will bring to his 2020 re-election campaign. "President Trump has somehow managed to produce a budget request even more untethered from reality than his past two," said Democratic Rep. Nita Lowey, chairwoman of the House Appropriations Committee. Democratic Sen. Patrick Leahy, chairman of the Senate Appropriations Committee, said in a statement that Trump's plan "is not worth the paper it is printed on."