OpenAI teaches a robotic hand to solve a Rubik's cube

Robots with truly humanlike dexterity are far from becoming reality, but progress accelerated by AI has brought us closer to achieving this vision than ever before. In a research paper published in September, a team of scientists at Google detailed their tests with a robotic hand that enabled it to rotate Baoding balls with minimal training data. And at a computer vision conference in June, MIT researchers presented their work on an AI model capable of predicting the tactility of physical things from snippets of visual data alone. Now, OpenAI -- the San Francisco-based AI research firm cofounded by Elon Musk and others, with backing from luminaries like LinkedIn cofounder Reid Hoffman and former Y Combinator president Sam Altman -- says it's on the cusp of solving something of a grand challenge in robotics and AI systems: solving a Rubik's cube. Unlike breakthroughs achieved by teams at the University of California, Irvine and elsewhere, which leveraged machines tailor-built to manipulate Rubik's cubes with speed, the approach devised by OpenAI researchers uses a five-fingered humanoid hand guided by an AI model with 13,000 years of cumulative experience -- on the same order of magnitude as the 40,000 years used by OpenAI's Dota-playing bot.

Tim Cook has said that the "best" of the iPhone is still yet to come, as Apple celebrates its 10th birthday. The first phone was introduced on 9 January 2007 at a Macworld event in San Francisco, by Steve Jobs. The late Apple co-founder described the pocket computer as three products in one – "a widescreen iPod with touch controls, a revolutionary mobile phone and a breakthrough internet communications device". Now, 10 years later, the company is celebrating the anniversary by promising that the upcoming phones – presumably including the much-rumoured iPhone 8 – will bring updates better than those seen in the phones since 2007. The giant human-like robot bears a striking resemblance to the military robots starring in the movie'Avatar' and is claimed as a world first by its creators from a South Korean robotic company Waseda University's saxophonist robot WAS-5, developed by professor Atsuo Takanishi and Kaptain Rock playing one string light saber guitar perform jam session A man looks at an exhibit entitled'Mimus' a giant industrial robot which has been reprogrammed to interact with humans during a photocall at the new Design Museum in South Kensington, London Electrification Guru Dr. Wolfgang Ziebart talks about the electric Jaguar I-PACE concept SUV before it was unveiled before the Los Angeles Auto Show in Los Angeles, California, U.S The Jaguar I-PACE Concept car is the start of a new era for Jaguar.

Protesters target use of drones by L.A. County sheriff's deputies

Roughly 20 people took to downtown Los Angeles on Tuesday and called on the Los Angeles County Sheriff's Department to immediately suspend plans to deploy a drone in emergency situations, saying they feared the device will be used for warrantless surveillance. Hamid Khan, founder of the Stop LAPD Spying Coalition, said his group rejected the use of drones in all forms, even in response to bomb threats or hostage crises. In announcing the pilot program last week, Sheriff Jim McDonnell said the drone would not be used for surveillance, but Khan said he feared the agency could change that policy at any time. "What this represents is the rapid escalation and militarization of police," Khan said. Last week, sheriff's officials said they would use the drone only to help deputies gain crucial advantages when dealing with barricaded suspects, suspicious devices, hazardous materials situations, and similar scenarios where it would be dangerous for a deputy to approach on foot.

The right way and the wrong way on law enforcement drones

The Los Angeles Police Department's slow and careful process for developing a policy on how it will deploy drones is imperfect, but Chief Charlie Beck and his department are approaching the question in the proper spirit, taking public input and considering the many very serious concerns about drones being used for unwarranted police snooping. If only L.A. County Sheriff Jim McDonnell would take heed. Both the LAPD and the Sheriff's Department have already acquired the small, remote-controlled and camera-equipped devices that could prove valuable in providing an aerial view of tense standoffs -- or could just as easily be misused to ramp up intrusive public surveillance, ostensibly in the name of crime prevention. McDonnell unveiled his program in January as a done deal and has deployed one drone despite criticism from members of the Sheriff Civilian Oversight Commission, who want publicly vetted standards for using the equipment. Beck, by contrast, has sworn off drone flights pending the drafting of guidelines and a series of public meetings, and amid demonstrations by activists who oppose any use of the devices in their belief -- not altogether unreasonable, given how some departments have used red-light cameras and license-plate readers -- that once police have them they will be prone to misuse them. 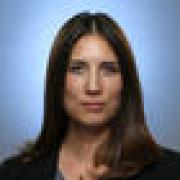 Citing concerns over surveillance, safety and potential trauma to the public, a majority of Los Angeles County Sheriff Civilian Oversight commissioners Thursday expressed that they want Sheriff Jim McDonnell to stop flying a drone used in law enforcement operations. The aircraft was unveiled by the Sheriff's Department in January and has been deployed four times, mostly in search-and-rescue missions. The department has said the 20-inch-long unmanned aircraft system, which cost $10,000, would strictly be used in high-risk tactical operations -- such as fires, bomb detection and hostage situations -- and not for surveillance. But activists have warned of possible "mission creep," saying they're worried the drone could be used for random spying on residents and could one day be armed or be deployed as a weapon itself. In 2012, the Sheriff's Department used a plane to secretly shoot video footage of the streets of Compton in order to catch criminals.