Oracle outperforms AWS, and we can prove it. 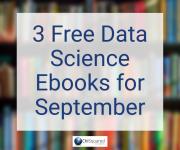 I hope you've enjoyed the summer (or winter, if you're in the southern hemisphere) and are looking forward to getting the kids back to school. Here, we've had a couple of really nice months of warm, sunny weather, which makes a huge change - I've lived in Scotland for 19 years and this is the first summer we've had in all that time. No, really, I'm not joking - my next door neighbour who is 40 and has lived here all his life tells me this is the first Scottish summer he's had. If he wants some sun he has to drive south of Hadrian's Wall or get a flight to catch a few rays. The things we have to do to get a mild suntan... Anyway, now that the kids are back to school you'll no doubt have some time to spare to throw yourself into a good book or three.

The job market in the IT sector has been continuously growing. And from the many surveys that are conducted every year, it is evident that in its current state, the IT industry has an insatiable appetite for programmers, coders, hackers, developers, and computer scientists. We live in a digital age, and almost all the IT jobs require a solid grasp of a programming language, and sometimes more than one, although programming tops the list of skills that are the most sought-after in the IT industry. If you're trying to advance in your career or change careers completely, and you realize you need to master a programming language, you might wonder which one to learn. Several considerations come into play when making your decision, like the difficulty level you're willing to take up, the skills you already possess that might align with a language, and your reasons for learning a programming language.

Walmart teams up with Kobo to sell ebooks and audiobooks

Later this year, you'll be able to buy ebooks and audiobooks straight from Walmart's website. The big box retailer has teamed up with Japanese e-commerce titan Rakuten to launch a business that can take on Amazon's Kindle offerings. Walmart will give its customers in the US an easy way to access to Kobo's library -- Kobo is Rakuten's digital book division -- and its six million titles from tens of thousands of publishers. The company will also start selling Kobo eReaders, which will set you back at least $120, online and in stores sometime this year.

What is Artificial Intelligence? – eBook Review

Thanks to many impressive and rapid advances over the past few years, Artificial Intelligence has come into the spotlight – again. This could just be one of many false starts that this field has seen over the many years of its existence, or yet another Silicon Valley fad designed that startups are using to quickly raise money and gain market share, but there are many good reasons to believe much of the hype. Artificial Intelligence is probably here for good, and much of the technology and business in the upcoming years will be focused on the best ways of leveraging it. Judging by its title, this short ebook seems to provide a good explanation of what Artificial Intelligence is. Sadly, this is not the case.