The Daily Press reports that the Virginia Department of Transportation announced last week that it's opening up bids for the project. Interested companies have until March 2 to submit a proposal. The project is excepted to cost between $3.3 billion and $3.8 billion.

The contractors included an electrician who filed a lawsuit seeking to collect more than $14,000 in unpaid invoices. A process server said in a court filing that repeated visits to three addresses listed for Whitaker's company and his law firm turned up nothing other than dark, locked offices. The lawsuit was eventually dismissed after both Whitaker and the contractor failed to show up to a scheduled court hearing that had been announced in the newspaper. 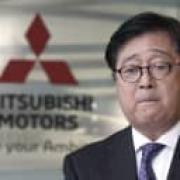 SAITAMA - The transport ministry ordered two major contractors on Friday to temporarily suspend part of their business operations after they were fined last year by a Tokyo court for rigging bids for construction work on the Tokyo-Osaka maglev train project. Under the order based on Japan's construction business law, Obayashi Corp. and Shimizu Corp. are prohibited from engaging in new construction projects for 120 days from Feb. 2. But they can continue to work on projects they have already started. Last October, the Tokyo District Court ordered Obayashi and Shimizu to pay ¥200 million ($1.83 million) and ¥180 million in fines, respectively, for violating the antimonopoly law by colluding with two other major contractors, Kajima Corp. and Taisei Corp., in rigging bids. A separate trial for Taisei, Kajima and two former executives of the contractors will start on Feb. 14 at the Tokyo District Court. The four contractors had been suspended from bidding for projects ordered by the Land, Infrastructure, Transport and Tourism Ministry and others for four months from March last year.

Data: The Lifeblood of Construction - Constructech

If you have been following Constructech for any period of time, you know data is at the heart of any good technology strategy. Two new reports shed some interesting light on this. Let's dig in a little bit deeper. The first surveyed 161 executive in nine industry sectors that still use a mix of spreadsheets and paper to coordinate contractor prequalification and other vital records. The report, by Verdantix and commissioned by Avetta, found that nearly half of respondents use spreadsheets for contractor reporting and analysis and 45% use them for job hazard analysis.