WASHINGTON D.C. [USA]: According to a recent study, a new artificial intelligence technology can accurately identify rare genetic disorders using a photograph of a patient's face. Named DeepGestalt, the AI technology outperformed clinicians in identifying a range of syndromes in three trials and could add value in personalised care, CNN reported. The study was published in the journal Nature Medicine. According to the study, eight per cent of the population has disease with key genetic components and many may have recognisable facial features. The study further adds that the technology could identify, for example, Angelman syndrome, a disorder affecting the nervous system with characteristic features such as a wide mouth with widely spaced teeth etc. Speaking about it, Yaron Gurovich, the chief technology officer at FDNA and lead researcher of the study said, "It demonstrates how one can successfully apply state of the art algorithms, such as deep learning, to a challenging field where the available data is small, unbalanced in terms of available patients per condition, and where the need to support a large amount of conditions is great." 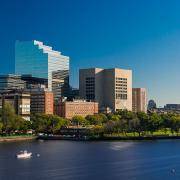 The most exciting thing is that we are able to predict risk of new dementia diagnosis up to eight years in advance. BOSTON – A team of scientists from Massachusetts General Hospital (MGH) has developed a software-based method of scanning electronic health records (EHRs) to estimate the risk that a healthy person will receive a dementia diagnosis in the future. Their algorithm uses machine learning to first build a list of key clinical terms associated with cognitive symptoms identified by clinical experts. Next, they used national language processing (NLP) to comb through EHRs looking for those terms. Finally, they used those results to estimate patients' risk of developing dementia.

Early prognosis of Alzheimer's dementia is hard. Mild cognitive impairment (MCI) typically precedes Alzheimer's dementia, yet only a fraction of MCI individuals will progress to dementia, even when screened using biomarkers. We propose here to identify a subset of individuals who share a common brain signature highly predictive of oncoming dementia. This signature was composed of brain atrophy and functional dysconnectivity and discovered using a machine learning model in patients suffering from dementia. The model recognized the same brain signature in MCI individuals, 90% of which progressed to dementia within three years. This result is a marked improvement on the state-of-the-art in prognostic precision, while the brain signature still identified 47% of all MCI progressors. We thus discovered a sizable MCI subpopulation which represents an excellent recruitment target for clinical trials at the prodromal stage of Alzheimer's disease. A machine learning-based model designed to detect undiagnosed dementia from routinely-collected National Health Service data in England did so with 85% sensitivity and 87% specificity. Cumulative cell phone radiation from mobile phones over one year may harm memory performance in adolescents, Swiss researchers reported from a cohort study. University of Arizona researchers will test ketamine to control dyskinesia in Parkinson's disease. Brain iron is associated with disability in multiple sclerosis. A British supermarket chain has a weekly "quieter hour" with dim lights and no overhead music to reduce sensory overload on people with autism.

About 1.2 percent of people in the U.S. -- and 3.4 million worldwide -- have active epilepsy, and roughly one in 26 people will develop it in their lifetime. Not all suffer seizures the same -- and for a third of patients, no medical treatment options exist. As for the remaining two thirds, the available treatments don't always behave predictably, owing to the condition's individualized nature. Lack of measurement is a long-standing barrier to better outcomes. Studies show that one common source of data -- written diaries -- tends to be only 50 percent accurate.