How JPMorgan Is Preparing For The Next Generation Of Consumer Banking

JP Morgan Chase is rebuilding its consumer business model to create a "digital everything" strategy that trades short-term losses for long-term profits. With $2.6 trillion in total assets, JP Morgan Chase is the largest bank in the US. Led by Chairman and CEO Jamie Dimon, the bank is undergoing a transformation, moving away from offline legacy systems and into the digital age. Over the past two years, the bank has spent nearly $20B to scale its technology and prepare itself for the next generation of banking. Today, JPMorgan (JPM) is using its capital and scale to build an entirely digital bank. This is in part because customers no longer need to rely on banks for financial services -- 60% of US bank customers say they are willing to try a financial product from a tech firm they already use, and that number rises to 73% for customers aged 18 -- 34. This trend towards digitization is already starting to play out as fintechs circumvent banking licenses by partnering with issuing banks to offer checking account-like products. JPM's digital push, a theme it refers to as "Mobile First, Digital Everything," is showing positive early results. In Q2'18 JPM had about 48M active digital customers, while top competitor Bank of America had 36M. 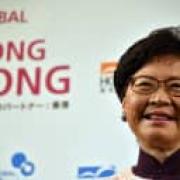 Across most of Asia, people pay for taxi rides, restaurant meals and merchandise with smartphone-readable barcodes -- except in Japan, where cash is still king. Now, as the country's biggest web companies race to capture the payments market, one Tokyo-based startup says it has a fighting chance to win with its QR app. Origami Inc. had a head start when it introduced a QR-code payment service in late 2015, and has since signed up fast-food chain KFC, Tokyo's largest cab company Nihon Kotsu Co. and convenience store operator Lawson Inc. The company raised $66 million in September to expand nationwide and plans to more than double its staff of about 100 employees, founder Yoshiki Yasui said in an interview. E-commerce giant Rakuten Inc. runs its own bank, has a credit card with more than 15 million customers and is building a mobile-phone network.

I Still Want to Sign on the Dotted Line

In mid-April, the U.S.'s four major credit card companies announced they would officially stop requiring signatures for in-store purchases. It's been three months since then, and though I don't have hard numbers on this, I can't say the number of receipts I've been asked to sign has declined by any significant amount. I'm still signing all the time: at the grocery store, the frozen yogurt shop, at the boutique where I bought a product that's supposed to brighten my skin, at the wine bar … (Yes, my life is all yogurt, skincare, and wine. As the New York Times reported at the time, some stores, like Walmart and Target, opted to get rid of signatures pretty quickly, so I probably am signing slightly less these days even if I don't notice it. But the credit card companies left it to stores to decide how they would respond to the rule change, and it seems like most decided to just keep doing what they'd been doing.

Cashless Stores Alienate Customers in the Name of Efficiency

Brands increasingly seek to provide "frictionless" experiences--a sense of ease and efficiency that enables users to engage with them on their terms. However, in a small but growing number of cases, frictionless means eliminating cash as an accepted payment method. This is a seemingly minor but significant shift in the retail landscape. As a society, it signals a shift away from inclusive commerce toward what might better be described as the age of the preferred customer. There's been growing support from both consumers and retailers to move away from cash in favor of digital payment options.