Apple recently updated online availability of 15-inch MacBook Pro on its website to June 6-8 to coincide with the Worldwide Developers Conference next week, MacRumors first spotted. The move comes after a Bloomberg report said Apple plans to announce its new laptop lineup at WWDC. Apple will reportedly announce new versions of the 12-inch MacBook and MacBook Pro at the event. The company is also said to be considering updating the MacBook Air, which hasn't been upgraded in years. In-store pickup of the 15-inch MacBook Pro is available for June 8.

Apple plans to announce its new laptop lineup at the Worldwide Developers Conference (WWDC) next month, sources familiar with the matter told Bloomberg. Apple reportedly will announce its latest MacBook and MacBook Pro, and is also considering updating the MacBook Air, which hasn't been upgraded in years. The MacBook Pro reportedly will come with a faster Kaby Lake processor from Intel. Apple is also working on a new 12-inch MacBook with a faster Intel chip, the report said. As for the MacBook Air, the company will update the 13-inch laptop with a new processor.

Amazon has tons of Apple MacBooks on sale for Prime Day, but you better hurry 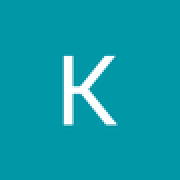 I think it's safe to say that Apple rules the world right now. Whether its constantly upgrading to the newest iPhone year after year or getting a new MacBook for work, nearly everyone has at least one Apple device. That doesn't mean Apple products are cheap thought -- quite the opposite, in fact. Well relax, Prime Day is here to help out. If you find yourself in need of a new laptop, Amazon has plenty of MacBooks on sale as part of Prime Day.

Apple could be gearing to kill off the MacBook Air

It's long been rumored that Apple may be planning to kill off the MacBook Air, but it looks like the laptop's death may be more imminent than we thought. Apple could soon release a brand new, 13-inch laptop to replace the aging MacBook Air, according to Digitimes. Taiwanese touch screen supplier General Interface Solution is expected to receive a big order from Apple for LCD displays. Apple may use the displays to introduce a totally new 13-inch MacBook toward the end of 2018, Digitimes noted. Now that Apple's MacBook Air is ten years old, the iPhone maker may be preparing to kill off the 13-inch model entirely.

Looking for a MacBook on sale? Save $400 on refurbished models from Amazon that are as good as new.

MacBooks are a big deal in our office -- everyone has one. You could say we're a little obsessed. So anytime there's a chance to save on MacBooks, you can be sure we're going to talk about it. This is one of those times. The proximity to Black Friday certainly helps, but what really gets Apple deals going are new product announcements.