U.S. Should Not Curb Aid to Saudi-Led Coalition in Yemen: Pompeo

"The way to alleviate the Yemeni people's suffering isn't to prolong the conflict by handicapping our partners in the fight, but by giving the Saudi-led coalition the support needed to defeat Iranian-backed rebels and ensure just peace," Pompeo said at a news conference.

Despite attacks that have killed dozens of civilians at a time, the Trump administration on Wednesday certified that Saudi Arabia and the United Arab Emirates are doing enough to minimize the deadly impact of their military campaign in Yemen. The certification, announced by Secretary of State Mike Pompeo, was legally required to allow American military aircraft to continue refueling warplanes belonging to the two Gulf nations, the dominant members of an Arab coalition fighting a brutal war in Yemen that has helped create the world's worst humanitarian crisis. Mr. Pompeo's move came amid rising concern in Washington about the coalition's prosecution of the war and worries among some lawmakers that American weapons were being used to commit war crimes and that American officials could be held liable. In its efforts to oust Yemen's Houthi rebels from the capital, Sana, the coalition has bombed weddings, funerals, factories and other civilian infrastructure, often with munitions acquired from the United States. The aerial assaults have elicited harsh criticisms from United Nations investigators and human rights groups, who have also accused the Houthis of violating the laws of war. 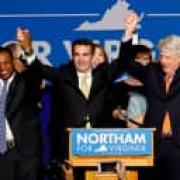 WASHINGTON - America will not cede leadership of the fight against the Islamic State group, Secretary of State Mike Pompeo said Wednesday, as he tried to allay fears that President Donald Trump's decision to withdraw forces from Syria could imperil gains against the militants there and neighboring Iraq. Trump's announcement in December shocked U.S. allies and led to the resignations of Defense Secretary Jim Mattis and the top U.S. envoy to the anti-IS coalition, Brett McGurk. While the withdrawal would fulfill a Trump goal, U.S. military leaders have pushed back for months, arguing IS remains a threat and could regroup. U.S. policy had been to keep troops in place until the extremists are completely eradicated. Fears that IS fighters are making a strategic maneuver to lay low ahead of the U.S. pullout has fueled criticism that Trump telegraphed his military plans -- the same thing he accused President Barack Obama of doing in Afghanistan.

Pompeo reassures allies of US commitment to defeat ISIL

US Secretary of State Mike Pompeo on Wednesday reassured coalition partners that the withdrawal of US troops from Syria was not "the end of America's fight" and called on them to help permanently defeat the Islamic State of Iraq and the Levant (ISIL, also known as ISIS) in Syria and Iraq. "The US troops withdrawing from Syria is not the end of America's fight. The fight is one we will continue to wage alongside you," Pompeo said, addressing foreign ministers and other senior officials from 79 countries that have worked alongside the US in fighting the armed group in Syria and Iraq. Despite US President Donald Trump declaring "mission accomplished" in December, Pompeo said the troop withdrawal is "essentially a tactical change ... not a change in the mission". "It simple represents a new stage in an old fight," Pompeo said, adding that although progress has been made in defeating ISIL, the group remains a dangerous threat.

Regime isolates ISIS after group kills hundreds of civilians; David Lee Miller reports from the Middle East. The Trump administration is ending funding for Syria stabilization projects as it moves to extricate the U.S. from the conflict, citing increased contributions from anti-Islamic State coalition partners. The State Department said it had notified Congress on Friday that it would not spend some $230 million that had been planned for Syria programs and would instead shift that money to other areas. Most of that money, initially pledged by former Secretary of State Rex Tillerson in February, had been on hold and under review since he was fired in March. A small fraction of that amount was released in June.