One of the most famed comedians of the 1950s and 60s, "sit-down" comic Shelley Berman, died Friday aged 92. His popular live record, "Inside Shelley Berman," released in 1959 became the first comedy album to go gold, reaching sales of 500,000 units, according to the Hollywood Reporter. It was also the first non-musical recording to win a Grammy Award. Unlike his contemporaries, Berman did his long monologues by sitting on a barstool, which earned him the name the "sit-down" comic. The ace comedian's signature act was to sit cross-legged on a bar stool, pretend as if he were on the telephone and conduct long one-sided conversations, improvising along the way.

Victim said she had 'inside story' about a disappearance, witness testifies in Robert Durst murder case 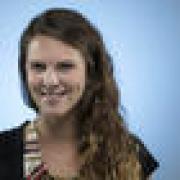 Shortly before she was shot to death inside her Benedict Canyon home, Susan Berman told a close female friend she had the "inside story" about the disappearance of the wife of a male friend in New York with whom she was angry and disappointed, according to testimony Wednesday in the murder case of Robert Durst.

Wife of ESPN's Chris Berman was intoxicated at time of fatal crash: report

A secret witness is expected to testify Wednesday afternoon at a hearing in the murder case against New York real estate scion Robert Durst. Durst, 74, is accused of the execution-style killing of his longtime friend Susan Berman, whom prosecutors say he shot in the back of the head inside her Benedict Canyon home in 2000 because she knew too much about the 1982 disappearance of his first wife, Kathleen. Miriam Barnes said that soon after Kathleen's disappearance, Berman had called asking her to come to her apartment. When she arrived, Berman was pacing and asked her to sit down, Barnes testified. "I'm going to tell you something, but I need you not to ask me any questions," Berman said, according to Barnes.