The overall purpose of the Caribbean Artificial Intelligence (AI) initiative is to raise awareness and promote reflection on the opportunities and challenges that Artificial Intelligence and its correlated technologies pose in the Caribbean Small Island Developing States (SIDS). It provides a platform for UNESCO Member States of the Caribbean sub-region, civil society, private sector and academia to exchange knowledge and to advance the Caribbean debate on AI to develop regional and national AI strategies. The initiative is being led by the UNESCO Cluster Office for the Caribbean and implemented in cooperation with the Broadcasting Commission of Jamaica. All activities, including past and upcoming events, have been made possible by the support of UNESCO's Information For All Programme (IFAP). 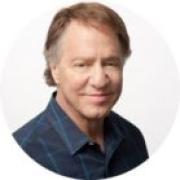 "The problem is not AI per se – but that this technology is developed in a biased context around gender, race and class. We need to build systems around the values we want our present and future societies to have." "A critical analysis of AI implies a close investigation of network structures and multiple layers of computational systems. It is our responsibility as researchers, activists and experts on digital rights to provoke awareness by reflecting on possible countermeasures that come from the technological, political, and artistic framework." Did you report on this topic?

Reggae music, whose chill, lilting grooves found international fame thanks to artists like Bob Marley, on Thursday won a spot on the United Nations' list of global cultural treasures. UNESCO, the world body's cultural and scientific agency, added the genre that originated in Jamaica to its collection of "intangible cultural heritage" deemed worthy of protection and promotion. Reggae music's "contribution to international discourse on issues of injustice, resistance, love and humanity underscores the dynamics of the element as being at once cerebral, socio-political, sensual and spiritual," UNESCO said. "While in its embryonic state Reggae music was the voice of the marginalised, the music is now played and embraced by a wide cross-section of society, including various genders, ethnic and religious groups." The musical style joined a list of cultural traditions that includes the horsemanship of the Spanish Riding School in Vienna, a Mongolian camel-coaxing ritual and Czech puppetry, as well as more than 300 other traditional practices spanning from boat-building and pilgrimages to cooking and dance.

While machine learning today is dominated by deep neural network research, in the 1990s neural approaches were not recognized as reliable for real-world applications. Back then, researchers put their efforts into kernel methods and support vector machines (SVM). One of the most notable and respected contributors to kernel methods and SVM is John Shawe-Taylor, a professor at University College London (UK) and Director of the Centre for Computational Statistics and Machine Learning (CSML). His main research area is Statistical Learning Theory, but his contributions range from neural networks to machine learning and graph theory. Shawe-Taylor has published over 300 papers with over 42000 citations.