The rise of artificial intelligence may be proving a boon to marketers, but the older consumers are, the less comfortable they feel about it, according to new research into online fashion buying.

Annual pre-tax profits at online fashion retailer Boohoo have almost doubled to £31m - up from just under £16m last year. Its sales have jumped by 51% to almost £300m, thanks to new overseas markets. The Manchester-based firm puts its success down to "combining cutting-edge, aspirational design with an affordable price tag". Its booming sales growth has also been reflected in its share price, which has more than trebled in the past year. On its stock market flotation in 2014, it was valued at £560m. 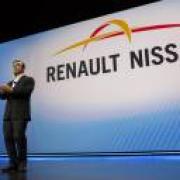 Zozotown, which swooped in as a little-known retail website and prodded once-reluctant Japanese consumers to shop online for clothes, is now facing stiff competition in the industry whose image it remade. Arriving on the scene in 2004, the site made a killing selling clothes from shops such as Japanese boutique United Arrows and minimal French label A.P.C. Zozotown's success turned its founder into one of Japan's richest entrepreneurs, and its name adorns a baseball stadium. But its dominance is being challenged, with retailers expanding their e-commerce offerings and big names such as Amazon and SoftBank Group Corp. eyeing a piece of the growing business. At stake is a $120 billion fashion market that was almost entirely dominated by brick-and-mortar stores until a few years ago, but is transforming amid the proliferation of smartphones and home delivery. Online fashion sales have grown to over 10 percent of the total Japanese market in the past few years -- with Zozotown at the head of the pack -- and are likely to surpass 20 percent in three years, according to Nomura Securities.

Can you be sustainable if you're into fast fashion online?

Scrolling through Instagram, you're bound to come across an influencer wearing an outfit from one of the internet's many fast fashion retailers. Pretty Little Thing and Missguided offer loads of clothes at really low prices - and they update much quicker than the high street. But how are these online retailers impacting the environment? And what role does social media play in the "wear it once" trend? MPs released a report last week outlining their worries about fast fashion's effect on the environment.

Sales at Boohoo grew strongly in the last four months of 2018, in another sign that people are choosing online shopping over the High Street. The online fashion retailer, which also owns the PrettyLittleThing and Nastygal fashion labels, saw revenues in the four-month period jump 44% to £328.2m. It revised its revenue growth forecast for the financial year to 43%-45%, up from a previous estimate of 38%-43%. The company called the figures "another great set of results". In a statement, joint chief executives Mahmud Kamani and Carol Kane said: "The global growth opportunity is significant and we will be addressing it in a controlled way - investing in our proposition, operations and infrastructure to capitalise on the opportunity."