How to Build AI Products by Ria Sankar, Microsoft Advisor 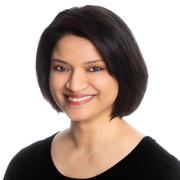 Artificial Intelligence (AI) and Machine Learning (ML) products are unique. They hold enormous power and are by definition constantly changing. Due to the level of sophistication involved, the development process for AI products is distinct from traditional products. In this presentation, Ria Sankar, Director of Program Management at Microsoft, introduces the best practices for developing AI products with insight, integrity, and consistency. Ria Sankar is a founding member of the AI for Good Research Lab at Microsoft.

Last year, Intel partnered with Lady Gaga on the Super Bowl Halftime Show to showcase its latest aerial technology called "Shooting Star." Intel did a reprise performance of its Shooting Star technology for Singapore's 52nd birthday this past week. Instead of fireworks, the tech-savvy country celebrated its National Day Parade with a swarm of 300 LED drones animating the night sky with shapes, logos, and even a map of the country. Intel's global drone chief, Anil Nanduri, explained, "There's considerably more operational complexity in handling a 300 drone fleet, compared with 100 drones in a show. You may be able to juggle three, but if you juggle nine, you may have to throw them higher and faster to get more time."

The future of work for young people