Save the ArcLight Hollywood and its Cinerama Dome -- just as they are. No remake required

Before I moved within walking distance of the ArcLight Hollywood and its Cinerama Dome, I wasn't that fussy about where I went to see a movie. All I needed was a big screen, popcorn and a box of Milk Duds (which I eat only at the movies, even though they stick to my teeth because they take so long to chew that if I slowly dole them out, I can make them last until the lights come back on). The ArcLight Hollywood raised the bar for me. It spoiled me for anywhere else. I join the legions left bereft by the recent announcement from the owner of Pacific Theatres and ArcLight Cinemas that, after a long pandemic shutdown, it will not reopen any of its locations.

Financial ruin. Possible destruction. What will be the Cinerama's Hollywood ending?

Their early audiences called them "flickers," and it was a better name than they realized. Because -- as the lights going out on the Hollywood Cinerama remind us -- almost everything about the movies can end up short-lived and elusive. Actors whose fabulous faces were celebrated on several continents and whose fabulous salaries were celebrated by their bankers could and did die unknown and broke. So were movies themselves -- throwaway amusements, no more durable than a Ferris wheel ride. Whoever foresaw the immortality of cable TV syndication, cult followings and DVDs? Physical film could go up in a fiery whoosh. 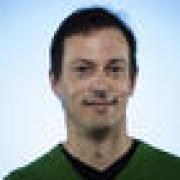 The modern-day zombie movie wasn't a creature spawned in Hollywood. Instead, we have the Steel City to thank for giving us George Romero, who was proudly Pennsylvanian and filmed near his hometown with unknown actors and a bare-bones budget. Welcome to another edition of the Classic Hollywood newsletter. As the tributes poured in this week for Romero, who died on Sunday at age 77, many noted that he wasn't exactly a fan of today's zombie apocalypse on screen. I always used the zombie as a character for satire or a political criticism, and I find that missing in what's happening now."

Fox News Flash top entertainment and celebrity headlines are here. Check out what's clicking today in entertainment. The 2021 Oscars are expected to be the lowest-rated yet despite several opportunities to make history. The 93rd Academy Awards kick off on April 25 amid unprecedented times caused by the coronavirus pandemic. There will be no host, no audience, nor face masks for nominees attending the ceremony at Los Angeles' Union Station -- this year's hub for a show usually broadcast from the Dolby Theatre.

Silent-film gold was made in this humble Hollywood alley. But how would you know? There's no sign

I dream of the day when the Hollywood the whole world associates with movie magic is brought back to life on the blocks tourists always come to see. I dream of tourists leaving Hollywood Boulevard not underwhelmed and disappointed but thrilled by the richness of all they've learned there about the origins and history of the movies. In this dream of mine, I see an especially bright future for a small alley just south of the boulevard, which at this moment could hardly be more obscure. Because I think so many visitors to Hollywood would love to know about this unnamed space -- where, in the early, exhilarating, madcap days of moviemaking, three of the greatest Hollywood stars of all time shot parts of three of their greatest films. Here in this alley, which runs east to west from Cosmo Street to Cahuenga Boulevard, Charlie Chaplin's Little Tramp first found an abandoned baby in "The Kid" (1921). In this alley, Harold Lloyd headed to work through the employees' back entrance of De Vore Department Store in "Safety Last!" (1923), best known for the iconic scene in which he hangs from the hands of the department store's clock face high above a busy city street (filmed downtown).