Edible spoons promise to be tasty while saving the planet

Tired of seeing mountains of plastic cutlery polluting India's landfills, Narayana Peesapaty had an idea: What if you could eat your disposable spoon rather than toss it? Peesapaty, a researcher and agriculture consultant from Hyderabad, India, developed an edible spoon made of millet, rice and wheat flours, in 2010. Now, after selling 1.5 million spoons for his company Bakeys, he wants to reach even more eaters. Peesapaty knows that means he has to cut the cost of his products to compete with cheaper plastic counterparts. SEE ALSO: Almond butter vs. peanut butter: A food-off between everyone's favorite spread That's where a new Kickstarter campaign comes in.

What spoons have to do with the Samsung-Apple patent lawsuit

An Android mascot is seen in front of a displayed logo of Apple in this photo illustration. Samsung appeared before the U.S. Supreme Court on Tuesday to defend its smartphone design, which Apple says too closely resembles its own. The court's task is not to determine whether Samsung infringed on Apple's patents but to determine how much money Samsung should pay Apple for doing so. It marks the first time in 120 years that the the court has reviewed a design patent case. And the last design patent cases reviewed by the high court dealt in saddles, rugs and spoons. 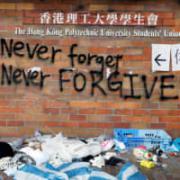 SEOUL – Hwang Hyeon-dong lives in a 6.6-square-meter (71-square-foot) cubicle near his university campus in Seoul, which comes with a shared bathroom and kitchen plus all the rice he can eat, that he rents for 350,000 won ($302) a month. The sparsely furnished rooms, in premises called goshi-won, were previously mostly used by less well-off students to temporarily cut themselves off from the outside world while they studied for civil service job tests. Now they are increasingly becoming permanent homes to young people like Hwang, who identifies himself among the "dirt spoons," those born to low-income families who have all but given up on social mobility. "If I try hard enough and get a good job, will I ever be able to afford a house?" said the 25-year-old, who lives in his small, cluttered room where clothes were piled on the bed. "Will I ever be able to narrow the gap that's already so big?"

What's in season: Artichokes are edible thistles. They come in a variety of shapes and sizes; a single plant can produce one or two massive vegetables, in addition to some medium and a larger number of smaller "baby" artichokes. If you've never tackled an artichoke -- which has been prized since Roman times -- it can come across as more than a little intimidating. What's on the horizon: English peas are coming into season, and if you're lucky, some farmers (McGrath Family Farms) also sell them shelled. What to cook: Artichokes will require more or less work to prepare, depending on the recipe, but the results are worth it.

We've tested hundreds of dishwashers, and nearly every one has done a fine job cleaning silverware. That's because we follow manufacturers' instructions and place silverware into the little slots built into cutlery baskets. Those slots keep silverware separate, which allows water to reach every inch of caked-on food. Most folks, however, hate those slots. They don't want to touch the tops of dirty silverware, and they don't want to sort their knives, forks, and spoons.