Why you're not gaining muscle

You've been spending tons of time in the gym trying to get Michelle Obama arms, but you don't seem to be building any muscle. Several things could explain why your arms are as noodly as ever (or why your butt isn't getting any bigger or your shoulders don't look any more sculpted)--and most of them are completely under your control. Here, our experts uncover reasons you're not building muscle so you can make the changes you need to make all your hard work pay off. You're doing mostly cardio Don't get us wrong--cardio is important for keeping your body fat down and keeping your heart health in check. But when it comes to building muscle, hitting the treadmill won't help you much.

Since the 1920's, some researchers and studies have suggested that chimps are'super strong' compared to humans. These past studies implied that chimps' muscle fibers - the cells that make up muscles - are superior to humans'. But a new study has found that contrary to this belief, a chimp muscles' power output is just about 1.35 times higher than human muscle of similar size - a difference the researchers call'modest' compared with historical, popular accounts of chimp'super strength' being many times stronger than humans. When all factors were integrated in a computer model, chimp muscle produces about 1.35 times more dynamics force and power than human muscle Dr Brian Umberger, a researcher at the University of Massachusetts Amherst and a co-author of the study, said that the researchers found that this modest performance advantage wasn't actually due to strong muscle fibers found in chimpanzees compared to humans - but due to the different mix of muscle fibers found in chimpanzees compared to humans. According to the authors of the research, if the long-standing, untested assumption about chimpanzee's exceptional strength was true, it'would indicate a significant and previously unappreciated evolutionary shift in the force and/or power-producing capabilities of skeletal muscle' in either chimps or humans, whose lines diverged about 7 or 8 million years ago.

What actually happens when you pull a muscle?

Joel Cramer was at the pool with his kids when another dad, competing in a big splash contest, got up onto the diving board. He bounced up once, and when he landed on the board for the second time, his quadriceps muscle tore. "It rolled up his leg and balled up near the top of his thigh," says Cramer, a professor of exercise physiology at the University of Nebraska. That's an extreme (and extremely rare) example of a muscle strain, a common injury that happens to high school soccer stars, recreational runners, and middle-aged racquetball players alike. "Strain" is the medical term for the condition, though it's colloquially known as a pulled muscle.

Many robotic designs take nature as their muse: sticking to walls like geckos, swimming through water like tuna, sprinting across terrain like cheetahs. Such designs borrow properties from nature, using engineered materials and hardware to mimic animals' behavior. Now, scientists at MIT and the University of Pennsylvania are taking more than inspiration from nature -- they're taking ingredients. The group has genetically engineered muscle cells to flex in response to light, and is using the light-sensitive tissue to build highly articulated robots. This "bio-integrated" approach, as they call it, may one day enable robotic animals that move with the strength and flexibility of their living counterparts.

Three genetic mutations that can give superhuman abilities 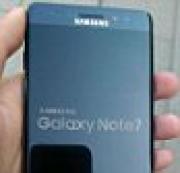 Genetic mutations already in the population today may make the X-men movies seem less like science fiction than you think. It turns out that there are some genetic mutations that seemingly give some people superhuman abilities. For example, some people have a very rare genetic mutation that makes muscle cells grow bigger and divide more than usual, resulting in a condition where people, and even children, can look like body builders. A gene mutation is a permanent alteration in the DNA sequence that makes up a gene, such that the sequence differs from what is found in most people. Mutations can be beneficial, harmful or neutral depending on their context and location.