Nvidia and Baidu have agreed to collaborate on the incorporation of artificial intelligence in a cloud-to-car autonomous vehicle platform, Nvidia CEO Jen-Hsun Huang said Wednesday at the Baidu World Conference in Beijing. The companies plan to integrate Baidu's cloud platform and mapping technology with Nvidia's self-driving computing platform. They will work together to create solutions for high-definition maps, Level 3 autonomous vehicle control and automated parking. "We're going to bring together the technical capabilities and the expertise in AI and the scale of two world-class AI companies to build the self-driving car architecture from end-to-end, from top-to-bottom, from the cloud to the car," Jen-Hsun said. "We can start applying these capabilities to solve the grand challenges of AI, one of which is intelligent machines," he added. 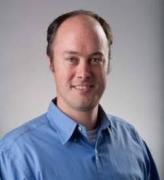 NVIDIA is testing its driverless car tech in California

You might see a car with a familiar logo driving around if you're in California. The state's DMV has added NVIDIA to the list of companies that can test their self-driving technologies on its roads, and according to The Verge, it wasted no time to get the ball rolling. While NVIDIA isn't exactly an auto company, it designed processors for self-driving vehicles and put its own test car together, so it can take its autonomous technologies for a spin when needed. Back in September, it also announced that it's working with Baidu to create an AI platform for driverless cars. Automakers serious about their self-driving aspirations typically head to California for testing.

Nvidia CEO Jen-Hsun Huang said the partnership illustrates the commitment both companies have made to advancing the use-cases of AI. Nvidia and Chinese search engine giant Baidu are teaming up to develop a cloud-based platform for use in artificially intelligent, self-driving cars. The partnership combines Nvidia's self-driving computing platform with Baidu's cloud and mapping technology to develop an algorithm-based operating system capable of powering complex navigation systems in autonomous vehicles. The open platform will be available for branded car OEM consumer vehicle offerings, as well as fleets of driverless commercial vehicles. The companies are going after Level 3 autonomous vehicle control, which means the car can drive itself (and park itself) in some circumstances, but with a competent human driver at the ready.

Nvidia has made some early entries into the self-driving car and artificial intelligence market, but now, the hardware company has joined up with a notable partner: Baidu. Chinese search giant Baidu announced Wednesday it will work with Nvidia on initiatives focused on artificial intelligence. While both companies have worked together on smaller initiatives in the past, Wednesday's agreement marks a formal partnership between Baidu and Nvidia. In a statement, Ian Buck, vice president of accelerated computing at Nvidia, said the companies are a strong match for further development in AI. "NVIDIA and Baidu have pioneered significant advances in deep learning and AI," Buck said. "We believe AI is the most powerful technology force of our time, with the potential to revolutionize every industry.