UN says aid ready to go to 10 areas, but no Syria cease-fire 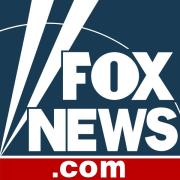 UNITED NATIONS – The U.N. humanitarian chief says convoys with food and other aid are ready to go to 10 besieged and hard-to-reach locations in Syria, including the Damascus suburbs of eastern Ghouta -- but there is no cease-fire as demanded by the Security Council. 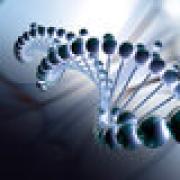 The U.N. envoy to Yemen has announced a cease-fire in the war-torn country on April 10 ahead of a new round of peace talks starting April 18 in Kuwait. Ismail Ould Cheikh Ahmed made the announcement at a press conference on Wednesday following extensive consultations with the internationally recognized government and Shiite rebels as well as regional countries, the United States and France. Previous attempts to implement a cease-fire in Yemen have failed to take hold on the ground, with each side accusing the other of immediately violating the terms. The Arab world's poorest country has been plagued by fighting between the internationally recognized government, backed by a Saudi-led coalition, and the rebels, who are allied with former President Ali Abdullah Saleh. This material may not be published, broadcast, rewritten or redistributed.

Yemen Cease-Fire Is, at Best, First Step on Long Road to Peace

A number of leaders in Yemen's internationally recognized government said on Thursday that they supported the cease-fire, and Yemen's president, Abdu Rabbu Mansour Hadi, was reported to have called on loyalist troops to stop fighting. But Mr. Hadi and many of his ministers are in exile in Saudi Arabia and have little control over the fighters on the ground at home. If the warring parties do decide to engage in talks, which would be conducted via phone and computer linkups, the United Nations has laid the diplomatic groundwork through months of discussions with both sides. But whether they would participate is far from clear. "Implementing a cease-fire is no small matter, and the first test of this is going to be whether the parties show up for this virtual meeting," Ms. Alley said.

JOHANNESBURG – A cease-fire began at midnight Saturday in South Sudan as a weary nation wondered whether this latest attempt to end a five-year civil war would hold. President Salva Kiir and rival Riek Machar agreed on the "permanent" cease-fire on Wednesday in Sudan after their first face-to-face talks in almost two years. They had faced a possible U.N. arms embargo and sanctions if fighting didn't stop and a political deal wasn't reached by Saturday. Multiple attempts at peace have failed, and the latest cease-fire in December was violated within hours, to the growing frustration of the international community. Both Kiir and Machar this week ordered their supporters to observe the latest agreement as of Saturday.

KABUL, Afghanistan – The Afghan Taliban have announced a three-day cease-fire over the Eid al-Fitr holiday at the end of the holy month of Ramadan, a first for the group, following an earlier cease-fire announcement by the government. A statement released Saturday by the Taliban says they would defend themselves in case of any attack. They say foreign forces are excluded from the cease-fire and Taliban operations would continue against them. Afghan President Ashraf Ghani on Thursday announced a weeklong cease-fire with the Taliban to coincide with the holiday. The government cease-fire will begin on Tuesday and last until around June 19.