NASA shared a festive image of a'crimson ornament' shaped gas bubble in honor of the holiday season. Snapped by the Hubble Space Telescope, the gleaming red sphere sits 160,000 light-years away in a nearby galaxy and was formed by the explosion of a supernova. Astronomers believe the supernova was 400 years old as seen from Earth and may have been visible to Southern Hemisphere observers around the year 1600. The gas ring, or what is formally known as SNR 0509-67.5, is a visible remnant of a Steller explosion that occurred in the Large Magellanic Cloud (LMC). NASA shared the image on Instagram with a post that reads: 'Resembling a crimson holiday ornament, this sphere of gas is the result of gas being shocked by the blast wave from a supernova explosion.'

We've finally figured out what happens when a star explodes

What happens when a star explodes? Surprisingly, the same thing that happens when gas explodes here on Earth. For explosions to occur, there needs to be a build-up of pressure. Alexei Poludnenko at the University of Connecticut and his team wanted to find out is how this can happen in explosions that occur in open, unconfined spaces, such as type Ia supernova, which is when a small, very dense star called a white dwarf detonates. Poludnenko and his colleagues wondered whether there were similarities between these stellar events and unconfined explosions on Earth, such as the accidental blast that occurred at the Buncefield fuel storage facility in the UK in 2005.

What was the bright explosion astronomers spotted 1,600 years ago? Mystery of the strange flash deepens as a supernova is ruled out

Chinese astronomers witnessed a bright explosion in the sky 1,600 years ago. The flash of light had been identified as a supernova remnant, but new observations have shown it could not have been this particular star. The explosion would not have been bright enough to be seen from Earth, research shows, which leaves astronomers with a question to answer – what exactly did the fourth century astronomers see? Astronomers witnessed an explosion in the sky 1,600 years ago. Astronomers still think the event, which happened in the constellation Sagittarius, was probably a supernova.

Thousands of supernovae have been detected by humankind, making these explosions of collapsing stars almost commonplace in the universe. However, there is a subset of particularly powerful supernovae, called superluminous supernova, that is rare and far more energetic than its regular counterpart. About 50 superluminous supernovae have been identified so far among the thousands of supernovae detected, but astronomers have now observed one that is unusual even for its kind. Called SN 2017egm, the event took place at a distance of only 420 million light-years from Earth, which is about three times closer than any other superluminous supernova ever observed. Even more remarkably, the explosion took place in a large spiral galaxy which has a relatively high presence of heavier elements. 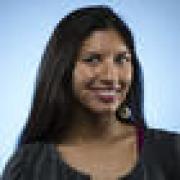 Astronomers at Las Cumbres Observatory have discovered a supernova that has defied expectations, lasting far longer than anticipated. The strange and still-going stellar explosion, described in the journal Nature, defies scientists' understanding of dying stars and may force them to rethink their ideas of how stars evolve. "The supernova offers astronomers their greatest thrill: something they do not understand," Stan Woosley of UC Santa Cruz, who was not involved in the study, wrote in a commentary. The supernova known as iPTF14hls didn't seem like anything out of the ordinary when it was picked up in September 2014 by the Intermediate Palomar Transient Factory telescope near San Diego. The supernova sits some 500 million light-years away in the constellation Ursa Major.