Third-generation system from French car parts giant said to improve range and resolution dramatically. Valeo, one of the world's largest providers of car parts and a leading supplier of sensors for advanced driver assistance systems (ADAS), is set to release new scanning lidar technology with claims of much-improved range and resolution. The Paris-listed company, which manufactures its lidar systems in southern Germany, says that the "third-generation" design will be launched to the market in 2024. "This new technology, which offers significantly enhanced performance, makes autonomous mobility a reality and provides previously unseen levels of road safety," announced the firm. The system is said to be capable of reconstructing a 3D real-time image of the vehicle's surroundings at a rate of 4.5 million pixels and 25 frames per second. "Compared with the previous generation, the resolution has been increased 12-fold, the range 3-fold, and the viewing angle 2.5-fold," Valeo added. 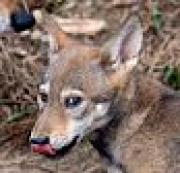 Revolutionary new virtual reality technology could let anyone ride along with you as a virtual passenger. Called Voyage XR, it's expected to have a range of applications, from training truck drivers to letting parents keep an eye on teen drivers while they're on the road. And it could even enable far-flung, elderly relatives to ride along with family members from any corner of the globe. Valeo debuted Voyage XR at the Consumer Electronics Show last week, which it claims'brings teleportation to life.' The Paris-based automotive supplier set up shop at CES with demos of Voyage XR, along with an eye-catching self-driving car test track across from the Las Vegas Convention Center.

French self-driving car goes for a spin around Paris monument

For this self-driving car, the roadside hazards included traffic jams, undisciplined bystanders--and centuries-old cannons. That's what you get when you demonstrate your latest technology at the National Army Museum in central Paris, as French companies Safran and Valeo did on Friday. Safran, a defense contractor, and Valeo, an automotive parts manufacturer, kitted out a Volkswagen CC with radar, lidar and all-round cameras for their demonstration, and let it loose on a winding track around the museum grounds. They wanted to show how close the European automotive industry is to its goal of having self-driving cars for sale in 2020. There were no wheel-spins or clouds of dust: This was a simulated urban environment with traffic lights, slow-moving or stopped vehicles ahead, and speed limits of 20 km/h or less.

The Government is to amend road traffic legislation to allow for the testing of self-driving vehicles on Irish roads. So what has the State got to give the autonomous driving world? It seems that Irish motorists' pain is the automotive industry's potential gain. Self-driving vehicles use a combination of video and radar to feed data to the self-driving programmes. Both the cameras and the radars have shown to work reasonably well on the dry and well-marked highways of certain US states such as California.

A new virtual reality system could allow parents to check in on their teenager's driving without being in the car. French automotive supplier Valeo last week unveiled its virtual reality technology - Voyage XR - which can "teleport" you into a car from anywhere in the world. Using a series of cameras, sensors and 3D imaging, virtual'passengers' can sit in the comfort of their own home and view what's happening in the car. Drivers are able to call family members or friends using the technology and invite them into the car. After accepting and putting on a virtual reality headset, the user then gets a first-hand view from the back seat.