Tesla and SpaceX CEO, Elon Musk, says that AI like the one his companies make should be better regulated. Musk's opinion on the dangers of letting AI proliferate unfettered was prompted by a report published in MIT Technology Review about changing company culture at OpenAI, a technology company that helps develop new AI. Elon Musk formerly helmed the company but left due to conflicts of interest. The report claims that OpenAI has shifted from its goal of equitably distributing AI technology to a more secretive, funding-driven company. 'OpenAI should be more open imo,' he tweeted.

Elon Musk says all advanced AI development should be regulated, including at Tesla – TechCrunch

Tesla and SpaceX CEO Elon Musk is once again sounding a warning note regarding the development of artificial intelligence. The executive and founder tweeted on Monday evening that "all org[anizations] developing advance AI should be regulated, including Tesla." Musk was responding to a new MIT Technology Review profile of OpenAI, an organization founded in 2015 by Musk, along with Sam Altman, Ilya Sutskever, Greg Brockman, Wojciech Zaremba and John Schulman. At first, OpenAI was formed as a non-profit backed by $1 billion in funding from its pooled initial investors, with the aim of pursuing open research into advanced AI with a focus on ensuring it was pursued in the interest of benefiting society, rather than leaving its development in the hands of a small and narrowly-interested few (i.e., for-profit technology companies). At the time of its founding in 2015, Musk posited that the group essentially arrived at the idea for OpenAI as an alternative to "sit[ting] on the sidelines" or "encourag[ing] regulatory oversight."

Elon Musk is calling for regulation on organizations developing advanced artificial intelligence, including his companies. The Tesla and SpaceX head tweeting earlier this week, "All orgs developing advanced AI should be regulated, including Tesla." Musk was, according to TechCrunch, "responding to a new MIT Technology Review profile of OpenAI, an organization founded in 2015 by Musk, along with Sam Altman, Ilya Sutskever, Greg Brockman, Wojciech Zaremba and John Schulman. Since 2015, Musk has distanced himself from OpenAI and openly criticized it. In a twitter conversation about the group last year, Musk tweeted, "Unfortunately, I must agree that these are reasonable concerns" when user @Smerity asked, "What is OpenAI? 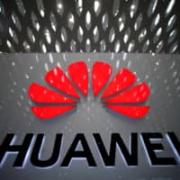 LOS ANGELES - Microsoft on Monday announced a $1 billion investment in an OpenAI ethical artificial intelligence project backed by Tesla's Elon Musk and Amazon. The partnership will be devoted to developing advanced AI models on Microsoft's Azure cloud computing platform while adhering to "shared principles on ethics and trust," the companies said in a joint release. OpenAI and Microsoft expressed a vision of "artificial general intelligence" (AGI) working with people to help solve daunting problems such as climate change. OpenAI chief executive Sam Altman said the goal of the effort is to allow artificial intelligence to be "deployed safely and securely and that its economic benefits are widely distributed." Microsoft will become the preferred partner for commercializing new "supercomputing" artificial intelligence technologies developed as part of the initiative.

OpenAI, Former Elon Musk Firm, Is on the Brink of a New A.I. Era

OpenAI, the non-profit organization that researches artificial intelligence, co-founded by Elon Musk in 2016, has been making big advancements -- even after Musk parted ways amid disagreements about its direction. Researchers have developed systems that can play games, write news articles, and move physical objects with groundbreaking levels of dexterity. OpenAI has caused controversy with its research. Last week, it announced the development of a language model, GTP2, that can generate texts with limited prompts. Given the human-written prompt "Miley Cyrus was caught shoplifting from Abercrombie and Fitch on Hollywood Boulevard today," the system produced a believable complete story that continued with "the 19-year-old singer was caught on camera being escorted out of the store by security guards."