Horror games form a peculiar niche within game design paradigms, as they entertain by eliciting negative emotions such as fear and unease to their audience during play. This genre often follows a specific progression of tension culminating at a metaphorical peak, which is defined by the designer. A player's tension is elicited by several facets of the game, including its mechanics, its sounds, and the placement of enemies in its levels. This paper investigates how designers can control and guide the automated generation of levels and their soundscapes by authoring the intended tension of a player traversing them.

It's been a pretty intense year for us. Continuing our mission of democratizing access to UX content through various channels, in 2016 we launched ux.today (one link per day about User Experience), ux.email (weekly newsletters with the best of UX) and uxchat.me We are looking forward to how UX will evolve in 2017. In the meantime, here's our take on looking at the past, understanding the present, and anticipating what the future holds for UX.

Rick Dickinson, designer of Sinclair home computers, dies in the US 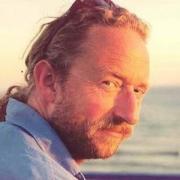 The designer of the distinctive look of Sinclair's 1980s home computers has died. Rick Dickinson, who was in his 60s, was being treated for cancer in the US after a lengthy illness. Dickinson was the in-house industrial designer at Sinclair from 1979. He worked there during the period in which the ZX80, ZX81 and ZX Spectrum computers were released. The ZX80 was marketed as the first home computer in the UK to cost less than £100.

The Role Of AI In UX Design: Computers Will Be Designers' Apprentices

A humanlike chat assistant like J.A.R.V.I.S from "Iron Man" might still be some way off, but artificial intelligence is going mainstream and the digital realm is where the impact of AI will be felt first. We are already seeing digital marketing use machine learning for granular targeting. IBM's Watson is a pertinent example. Companies like ReFUEL4 are using AI for predictive analytics to help designers figure out the best design for a campaign. Instead, it is going to be a collaborative effort.

Here's a game industry move you probably weren't expecting: Sonic the Hedgehog co-designer Yuji Naka has joined Square Enix. He'll continue to pursue game development, but he isn't exactly dropping many hints as to what's next. Naka wants to make an "enjoyable game," which sounds like a good goal to shoot for. It's not clear what will happen to his game studio, Prope, with the change in career path.