Sentiment Classification Using Negation as a Proxy for Negative Sentiment

We explore the relationship between negated text and negative sentiment in the task of sentiment classification. We propose a novel adjustment factor based on negation occurrences as a proxy for negative sentiment that can be applied to lexicon-based classifiers equipped with a negation detection pre-processing step. We performed an experiment on a multi-domain customer reviews dataset obtaining accuracy improvements over a baseline, and we further improved our results using out-of-domain data to calibrate the adjustment factor. We see future work possibilities in exploring negation detection refinements, and expanding the experiment to a broader spectrum of opinionated discourse, beyond that of customer reviews.

To help users quickly understand the major opinions from massive online reviews, it is important to automatically reveal the latent structure of the aspects, sentiment polarities, and the association between them. However, there is little work available to do this effectively. In this paper, we propose a hierarchical aspect sentiment model (HASM) to discover a hierarchical structure of aspect-based sentiments from unlabeled online reviews. In HASM, the whole structure is a tree. Each node itself is a two-level tree, whose root represents an aspect and the children represent the sentiment polarities associated with it. Each aspect or sentiment polarity is modeled as a distribution of words. To automatically extract both the structure and parameters of the tree, we use a Bayesian nonparametric model, recursive Chinese Restaurant Process (rCRP), as the prior and jointly infer the aspect-sentiment tree from the review texts. Experiments on two real datasets show that our model is comparable to two other hierarchical topic models in terms of quantitative measures of topic trees. It is also shown that our model achieves better sentence-level classification accuracy than previously proposed aspect-sentiment joint models.

In this paper, we focus on the task of extracting named entities together with their associated sentiment information in a joint manner. Our key observation in such an entity-level sentiment analysis (a.k.a. targeted sentiment analysis) task is that there exists a sentiment scope within which each named entity is embedded, which largely decides the sentiment information associated with the entity. However, such sentiment scopes are typically not explicitly annotated in the data, and their lengths can be unbounded. Motivated by this, unlike traditional approaches that cast this problem as a simple sequence labeling task, we propose a novel approach that can explicitly model the latent sentiment scopes. Our experiments on the standard datasets demonstrate that our approach is able to achieve better results compared to existing approaches based on conventional conditional random fields (CRFs) and a more recent work based on neural networks. 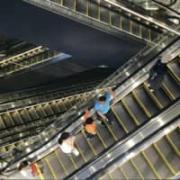 Business sentiment among workers in Japan with jobs sensitive to economic trends continued to improve in August and recorded its highest level in 11 months as economic activities pressured by the coronavirus pandemic further picked up, government data showed Tuesday. The diffusion index of confidence among "economy watchers" such as taxi drivers and restaurant staff, released by the Cabinet Office, rose 2.8 points from July to 43.9, the best showing since September 2019 when private spending increased before a consumption tax hike from 8 percent to 10 percent on Oct. 1 that year. The latest reading was up for the fourth consecutive month with retail, housing, manufacturing and employment related indexes showing a notable rise, after it sank to 7.9 in April, the lowest since comparable data became available in January 2002, as economic restrictions weighed heavily on the economy. The government declared a nationwide state of emergency in April for Tokyo and six other prefectures to curb the virus spread, later expanding it for the whole country. It was fully lifted in late May.