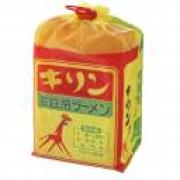 Japan Display Inc. said Wednesday it will expand its business portfolio by launching new products for consumers, aiming to maximize the advantage of its technologies while gaining new sources of revenue. The Tokyo-based small and midsize panel-maker has been focused on a business-to-business model, and relies heavily on producing smartphone displays -- especially for Apple handsets. Japan Display unveiled several prototype consumer products at a Wednesday event in Tokyo, such as a smart helmet that can display speed and map information on a face shield for motorcycle drivers. This enables the drivers to avoid looking down while checking such information. It also presented a mirror, equipped with digital displays, that has a voice agent and camera which can shoot selfies and display them on a screen. 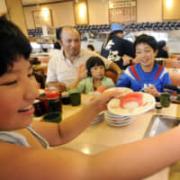 Japan Display Inc. is exploring mass production of next-generation organic electroluminescent panels for smartphones at an existing domestic plant, according to the CEO of a China-Hong Kong consortium that has agreed to bail out the troubled Apple Inc. supplier. As Japan Display sees fast production of OLED panels as the pillar of its growth strategy, Winston Lee, CEO of Suwa Investment Holdings LLC, who is set to join the Japan Display board, said making them at its Hakusan plant in Ishikawa Prefecture will allow the product to hit the market within two and a half years. "To build a full OLED production plant in China will take three to four years before the product comes off the line. To build in Hakusan, it may take only two to two and a half. The cost at Hakusan would be half or less," Lee said in a recent interview in Tokyo.

Innovation Network Corp. of Japan, a government-backed investment fund, is considering providing more than ¥50 billion in financial support for Japan Display Inc., according to sources. Such a measure is being discussed as the ailing display maker is having difficulty procuring funds for strategic investment. The sources said the amount of support may balloon to around ¥100 billion. INCJ believes the display business holds the key to the future of the struggling company amid the rapid popularization of Internet of Things products and services, an INCJ executive said. Therefore, the investment fund hopes to help Japan Display accelerate efforts to realize mass production of organic electroluminescent displays, considered next-generation products, and develop new liquid crystal displays.

Artificial Intelligence: Here are the different avatars of AI at the centre of innovation

At the annual Futiju Forum, held in Tokyo recently, technology--largely artificial intelligence (AI) including machine learning--was at the centre of all innovation, with the aim of helping solve everyday problems. Future store is one such example of how with AI, running a retail store is child's play. Through the use of AI, it collects a combination of various types of data for analysis, including product shelf video data, point-of-sale (POS), and shelf arrangement data. Based on the collected data, the robot suggests which products are to be displayed on shelves and at what time. This is enabled by sending real-time product shelf condition data to the shop staff and therefore, improving operational efficiency in the store.

TOKYO--A top maker of displays for Apple Inc. AAPL 0.23 % smartphones has asked a Japanese government-backed fund for hundreds of millions of dollars in aid, the latest sign of stress among Apple suppliers. Japan Display Inc. 6740 -6.71 % on Tuesday said it lost about 115 million in the April-June quarter and turned to its top shareholder, the government-backed Innovation Network Corp. of Japan, for support. Sluggish demand from Apple and the strong yen have battered Japan Display and Sharp Corp. SHCAY -0.90 %, another Japanese display maker, which has agreed to be taken over by Taiwan's Foxconn Technology Group. "Our largest shareholder, INCJ, told us that they will continue to provide full-fledged support," said Japan Display's chief executive, Mitsuru Homma. "My hope is the support would come in a way that doesn't affect other existing shareholders," Mr. Homma said, indicating he doesn't want to issue new shares to the fund, which already owns 35.6% of Japan Display.