In the aftermath of the uprising in Ferguson, Missouri, over the killing of Michael Brown, police departments and policy makers around the country hit upon a supposed panacea to racist policing and police brutality: body-worn cameras. Many hailed the move as a victory for accountability. But among the few dissenters was Malkia Cyril, executive director of the Center for Media Justice and a leader in the Black Lives Matter network, who warned early and often that the cameras could become tools of surveillance against people of color because "body-worn cameras don't watch the police, they watch the community being policed, people like me". The scope and scale of that surveillance became clearer Tuesday, when the American Civil Liberties Union of Northern California released a collection of public records detailing how Amazon has been marketing and selling facial recognition software, called Amazon Rekognition, to law enforcement agencies. Amazon marketing materials promoted the idea of using Rekognition in conjunction with police body cameras in real time – exactly the outcome Cyril feared.

Amazon is actively courting law-enforcement agencies to use a cloud-based facial-recognition service that can identify people in real time, the American Civil Liberties Union reported Tuesday, citing the documents obtained from two US departments. The service, which Amazon markets under the name Rekognition, can recognize as many as 100 people in a single image and can compare images against databases containing tens of millions of faces. Company executives describe deployment by law enforcement agencies as common use case. Rekognition is already being used by the Orlando Police Department and the Washington County Sheriff's Office in Oregon, according to documents the ACLU obtained under Freedom of Information requests. Both agencies became customers last year.

Amazon would really like U.S. law enforcement to use its facial-recognition software, despite how its employees feel. According to internal documents obtained by the Project on Government Oversight, Amazon met with officials from U.S. Immigration and Customs Enforcement (ICE) over the summer in order to pitch facial-recognition technology known as Rekognition. SEE ALSO: Here's how to set up a VPN and protect your data In June 2018, Amazon Web Services sales representatives met with ICE officials to discuss the government agency's use of the face-scanning technology. In an email to ICE's Homeland Security Investigations that followed, Amazon sent "action items" which included "Rekognition Video tagging/analysis, scalability, custom object libraries." The Amazon sales representative went on to thank the agency for its interest in using the company's technology "to support ICE and the HSI mission." 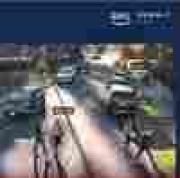