Are you too old to find work?

Terri had been laid off recently when her company decided to downsize, and she was having trouble finding a new job. "It's all about adaptability, ability to learn new things and thrive with change, and being able to work in this dynamic, constantly changing environment with lots of opportunity for growth," she said. Terms like "adaptability" tend to be code for "fresh out of school," which Terri understood. She started dying her hair so that her LinkedIn profile photo would look younger. Terri was one of many workers Ilana interviewed from 2013 to 2014 in the Bay Area.

An aging population, coupled with low employment rates among Americans older than 62, poses severe challenges to the long-term sustainability of Social Security. Numerous reforms have been proposed to extend their working lives, including raising the retirement age. Such reforms may be unlikely to gain traction -- not because people are so eager to retire, but because age discrimination sharply limits job opportunities. After decades of debate, most labor economists today accept that discrimination has played a role in limiting job market opportunities for minorities and women. There's been a steady buildup of evidence that is hard to refute. 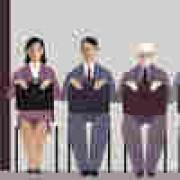 ProPublica and Mother Jones today co-published an exhaustive report that alleges IBM has for years disregarded age discrimination laws in an attempt to push out employees over 40 and replace them with younger workers. The company is believed to have laid off around 20,000 US employees over 40 years of age over the past five years, though the actual number is believed to be "almost certainly higher." Those employees -- some of them let go after careers with IBM that spanned decades -- saw their jobs either given to "less-experienced and lower-paid workers" or sent overseas. The damning investigative report is culled from a questionnaire filled out by over 1,100 former IBM employees who shared their experiences, interviews, official company documents, and more. The cuts coincided with IBM's transition to a business centered around cloud services and data analytics.

Two years ago, House Democratic caucus chief counsel Nora Winkelman told the state's Department of General Services, which runs a self-insurance fund that eventually paid on the claim, that a legislative assistant in Caltagirone's district office had initially made a $1.5 million claim for "a complaint of discrimination, among other things" under a federal law that bans discrimination based on sex, race, color, national origin and religion.