While they were asleep, their Teslas burned in the garage. It's a risk many automakers are taking seriously.

Also late last year, flames started shooting out of a five-year-old Tesla Model S in Frisco, Tex., and firefighters struggled to gain access to the cabin after the motorized doors failed to open. Tesla said in 2019 that it had sent investigators to the site of an explosion involving a Model S in a Shanghai car park. Surveillance video showed smoke billowing from the parked car before a fiery blast. In 2018, a Tesla Model S caught fire "out of the blue" on a Los Angeles street, said actress Mary McCormack, whose husband owned the vehicle. Tesla acknowledged that the flames came from the battery.

Autonomous Cars Loom, but the Detroit Auto Show Goes On

In ongoing negotiations with Mexico and Canada, the Trump administration is seeking to ensure that more vehicles are made in America, among other changes. But Jim Lentz, Toyota's North American CEO, says ending the agreement would likely raise costs. That, in turn, would raise vehicle prices and cut demand, forcing manufacturing layoffs. It also would make the U.S. less competitive than the world's other manufacturing centers, he said. Ending the agreement also could force some suppliers to stop making parts.

It's no secret that automakers believe the US' recently-instituted fuel efficiency requirements are too stringent, but now they've made those views official. The Alliance of Automobile Manufacturers, which includes companies like GM, Toyota and VW, has made official comments to both the EPA and NHTSA asking the regulators to loosen Obama-era rules intended to raise a fleet's average fuel economy to 51.4MPG by 2025. They don't object to the targets as such -- rather, they don't like the projected costs of reaching those targets. The brands contend that the previous administration made mistakes forecasting the cost of hitting that fuel economy target. There's a "misalignment" between the ever-tougher requirements and a car market that's skewing toward less fuel-efficient vehicles, the Alliance claims in its comments to the EPA. 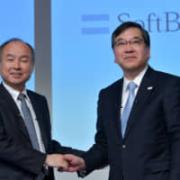 The transport ministry said Friday that automakers have been ordered to open investigations in the wake of a fatal accident in Australia involving yet another Takata air bag. Toyota Motor Corp., Honda Motor Co. and five other automakers that used the same Takata Corp. air-bag inflator suspected in accidents involving their vehicles received the order. The move came after Australian transport safety authorities said last month they were informed by BMW AG of a voluntary recall involving cars using an inflator produced between 1995 and 1999 because it could explode dangerously. The other five automakers are Suzuki Motor Corp., Mazda Motor Corp., Mitsubishi Motors Co., Mitsubishi Fuso Truck and Bus Corp., and BMW's Japan unit. About 150,000 cars equipped with Takata air bag inflators are estimated to be in use in Japan, according to the ministry.

The 11 coolest cars we can't wait to see at CES

As the auto industry moves toward electrification and autonomy, the International Consumer Electronics Show (CES) has become an increasingly important venue for automakers to show off their ideas for the future of transportation. Last year, Toyota unveiled a concept for a self-driving delivery vehicle and Ford outlined its efforts to create communication technology for autonomous vehicles. This year, automakers like Mercedes-Benz, Audi, and Honda are bringing concept and upcoming production vehicles to the event, which runs from January 8-11 in Las Vegas. These are the 11 vehicles we're most excited to see at CES.