Washington, DC - As the US Senate moved to vote on Thursday on a resolution condemning Saudi Arabia for its conduct of the war in Yemen and the assassination of prominent journalist Jamal Khashoggi, a bipartisan group of senators vowed to impose concrete sanctions on the kingdom in legislation next year. Senator Lindsey Graham, a South Carolina Republican, and Senator Bob Menendez, a New Jersey Democrat, said on Wednesday that the group plans to advance legislation imposing financial penalties and prohibiting arms sales when the new Congress begins in January. In some of their strongest comments to date, senators signalled they would like to see Saudi Arabia remove Crown Prince Mohammed bin Salman from power. "To our friends in Saudi Arabia, you are never going to have a relationship with the United States Senate unless things change. And it's up to you to figure out what that change needs to be," Graham, a congressional ally of President Donald Trump, told reporters at a Capitol Hill press conference.

The move set off a wave of criticism from many Democratic and some Republican lawmakers, who said the decision undermined the pact. By ignoring a part of the agreement it finds inconvenient, they say, the Trump administration is encouraging other nations to do the same. And the sale of advanced armed drones could lead to the proliferation of the technology across the globe. The lawmakers are especially concerned about sales to Saudi Arabia and the United Arab Emirates, which have used American-made weapons to carry out a devastating war in Yemen that has left thousands of civilians, many of them children, dead. "If we allow Trump to start selling drones, we set a dangerous precedent that allows and encourages other countries to sell missile technology and advanced drones to our adversaries," Senator Christopher S. Murphy, Democrat of Connecticut and a sponsor of the bill, said in a statement on Wednesday.

US House approves resolution to end US role in Yemen war

Washington, DC - The US House of Representatives on Thursday approved a bill to end US support for the Saudi-UAE war in Yemen, sending US President Donald Trump another rebuke over his support for the Kingdom of Saudi Arabia. The measure, passed in a 247-175 vote, now goes to Trump, but the White House has signalled that the president is likely to veto the bill. Passage of the resolution, approved previously by the US Senate, marks the first time the United States Congress has acted under the War Powers Act of 1973, a Vietnam War-era law introduced to curtail a US president's deployment of US military forces without congressional approval. Since 2015, the US has provided aerial refuelling of jets, reconnaissance, targeting and intelligence information to Saudi Arabia and the United Arab Emirates (UAE), in their campaign against the Houthi rebels who unseated the Saudi-backed government in Yemen. Saudi Arabia and a coalition of Arab governments have launched more than 19,000 air raids across Yemen. 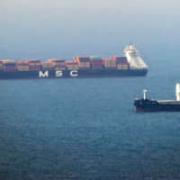 WASHINGTON - Opposition to President Donald Trump's Saudi Arabia policy and use of executive power is building in Congress, where senators have introduced more legislation aimed at blocking the sale of weapons to the kingdom. Sen. Chris Murphy of Connecticut, a Democrat, and Sen. Todd Young of Indiana, a Republican, said in a statement Sunday they hope to force a vote on U.S. security assistance to Saudi Arabia, including arms sales, after a review of the kingdom's human rights record. Anger has been mounting in Congress for months over the Trump administration's close ties to the Saudis, fueled by high civilian casualties in the Saudi-led war in Yemen -- a military campaign the U.S. is assisting -- and the killing of U.S.-based columnist Jamal Khashoggi by Saudi agents. Tensions were further inflamed when Trump used an emergency declaration in May to sell the kingdom weapons that Congress had previously placed on hold. The bill the senators are introducing Monday draws on a provision in the Foreign Assistance Act that allows for congressional review.

Washington, DC - The US Senate voted 54-46 to block further involvement by the US military in the war in Yemen, where Saudi and UAE bombings conducted with American weapons are blamed for causing mass civilian deaths, starvation, and disease. "We have the opportunity to take a major step forward in ending the horrific war in Yemen and alleviating that terrible, terrible suffering being experienced by the people in one of the poorest countries in the world," Senator Bernie Sanders, a Vermont independent, said. "There is no secret as to why there is a cholera epidemic. It's because the Saudis bombed the water treatment facilities so the water isn't clean anymore," said Senator Chris Murphy, a Connecticut Democrat. Aid groups estimate as many as 60,000 civilians have been killed in the war and as many as 85,000 children starved to death.