Last year Disney revealed that a Marvel VR game is on the way for Oculus headsets, and things have been fairly quiet since. Marvel Powers United VR will allow for four-player co-op as gamers take on the roles of various heroes in the Marvel universe like The Hulk, Captain Marvel, Deadpool or Loki. With Avengers: Infinity War and Deadpool 2 both currently in theaters it would seem like the perfect time for the title to release widely, but apparently not yet. UploadVR spoke to Oculus Studios EP Mike Doran who confirmed that the Sanzaru Games-developed project is still on deck for release later this year. Last year before the Thor movie came out developers revealed his character would be playable, but so far there's no word concerning whether Black Panther or Thanos are joining the action.

It's Time To Demystify Machine Learning

The hype machine is cranked up to an 11 on the topic of machine learning (sometimes called artificial intelligence, though I don't call it that because AI is not really intelligence and there's nothing artificial about it). Machine learning will either empower the world or take it over, depending on what you read. But before you get swept away by the gust of hot air coming from the technology industry, it's important to pause in order to put things into perspective. Maybe just explaining it in reasonable terms will help. Shortly after the first caveman figured out how to make fire, the second caveman wanted to learn how to make fire, too. 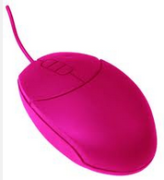 Computer power and human reason: From judgment to calculation

What to do if your Nintendo Switch suddenly won't turn on 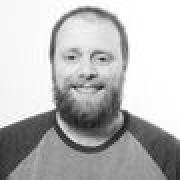 Is your Nintendo Switch not turning on? It might just need a reset. In the week since we got Nintendo's new console here at Mashable, I've come across a handful of instances where the Switch just wouldn't turn on. Didn't matter if it was in tablet mode or TV mode -- press the power button, no response. SEE ALSO: Someone put the Nintendo Switch's battery to the test The fix turned out to be easy: it needed a hard reset.