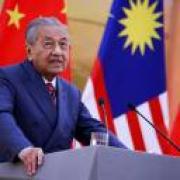 WASHINGTON – Foreign-brand automakers with U.S. plants do not support Trump administration rules to raise the amount of local content in North American-made vehicles, a group representing companies including Toyota Motor Corp., Volkswagen AG and Hyundai Motor Co. has told key U.S. lawmakers. Talks between Mexican Economy Minister Ildefonso Guajardo and U.S. Trade Representative Robert Lighthizer are due to resume Tuesday in Washington to try to resolve remaining bilateral issues so that Canada, which has been sidelined for weeks from the negotiations, can return to the bargaining table. The automakers' position was in a previously unreported Aug. 16 letter from their "Here for America" group to top trade-focused members of Congress. The letter could raise resistance to a revamped North American Free Trade Agreement from lawmakers in southern states, where foreign manufacturers have built auto plants. "We remain concerned that, without further clarifications, assurances and modifications, many of those companies producing vehicles in multiple states will not be in a position to support legislation implementing a NAFTA 2.0," the group said in the letter, signed by John Bozzella, president of the Association of Global Automakers.

New Car Sales Are In The Longest Losing Streak Since 2009

Welcome to The Morning Shift, your roundup of the auto news you crave, all in one place every weekday morning. Here are the stories you need to know for your next dinner party. For a couple years, the Morning Shift story at the beginning of every month was "Another month of record sales!" As the country recovered from the recession--or seemed to, anyway--all that pent-up demand resulted in booming new car sales for months on end. General Motors and Ford Motor Co., behind another weak month for cars, posted declines in U.S. sales for April in what is projected to be the fourth consecutive monthly decline for the industry and the longest losing streak since the market bottomed out in 2009.

Ignore Trump: Ford's Move to Mexico Is Good for US Workers 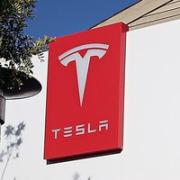 Ford's plan to shift the production of small cars from Michigan to Mexico dismayed those people worried about the demise of American manufacturing. Donald Trump--who has called the factory Ford already operates south of the border a "disgrace"--took to Fox News last week to make the bogus assertion that the automaker "plans to fire all its employees in the United States." Of the 11 new car factories built in North America since 2011, nine are in Mexico. But that does not equate to cutting jobs in the US. In fact, Ford building small cars in Mexico allows the automaker to ramp up production of trucks and SUVs in the states, which is good news locally and more widely.

Federal highway safety regulators are gently rebuking a California plan that would compel automakers to show how they are addressing privacy, safety and a host of other questions about their self-driving cars -- a novel technology that could transform the U.S. transportation system. The plan from California's Department of Motor Vehicles would make it mandatory for manufacturers to complete a 15-point report on safety and other issues before testing automated vehicles or allowing them on public roads. It has been criticized by the automotive industry as being overly burdensome and a threat to innovation. The idea for the report came from a set of guidelines from the National Highway Transportation Safety Administration that was released in September. But the suggestions were never meant to be mandatory or prescriptive, NHTSA Administrator Mark Rosekind told members of Congress in a committee hearing Tuesday.

SILAO, MEXICO/DETROIT – General Motors Co.'s assembly plant in Silao, a city in Mexico's automotive heartland, cranked out more than 400,000 highly profitable, large pickup trucks last year, and is critical to the launch of a new generation of Chevrolet Silverado trucks later this year.