Family members of Japanese nationals abducted by North Korea in the 1970s and 1980s on Monday requested that U.S. President Joe Biden's administration focus on resolving the long-standing abduction issue. Sakie Yokota, 85, mother of then 13-year-old Megumi Yokota, who was kidnapped on her way home from school, and her younger brother Takuya, 52, filed the request addressed to U.S. Secretary of State Antony Blinken in a meeting with Joseph Young, charge d'affaires ad interim at the U.S. Embassy in Tokyo. It marked the first time that relatives of abduction victims had met with a senior U.S. official since Biden took office in January. The meeting took place a day before the foreign and defense ministers of Japan and the United States hold security talks in the Japanese capital at which North Korea and other regional issues are on the agenda. "We requested the Biden administration focus on resolving the abduction issue," just as previous U.S. administrations did, Takuya Yokota, who serves as secretary general of a group of the victims' families, told reporters. Tsutomu Nishioka, chairman of an advocacy group for the abductees, joined the Yokotas in handing Young a letter asking the new U.S. administration to "continue closely cooperating with the Japanese government in striving to realize the swift repatriation of all abduction victims."

Ahead of North Korean summit, Abe vows to coordinate with Trump on abductions issue 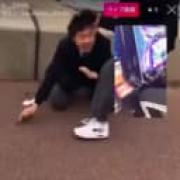 Prime Minister Shinzo Abe said Wednesday he will closely coordinate with President Donald Trump on efforts to settle the issue of abductions of Japanese nationals by North Korea ahead of the second summit between the U.S. leader and Kim Jong Un, set for next week. Abe, who met with family members of abduction victims Tuesday, told a Diet committee that he will ask Trump to convey to the North Korean leader his view on how to settle the abduction issue. "I want to closely coordinate our policies (with Trump) to resolve North Korea's nuclear, missile and -- most importantly -- abduction issues," the prime minister said. Abe and Trump were expected to talk via phone later in the day. When Trump met with Kim for the first time in Singapore in June, he took up the abduction issue at Abe's request. 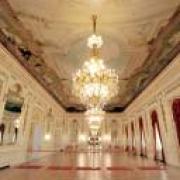 For the 15 years since then-Prime Minister Junichiro Koizumi made a historic visit to North Korea, little substantive progress has been made on Japan's efforts to bring back Japanese nationals abducted by North Korean agents. Following the first-ever Japan-North Korea summit meeting with then-North Korean leader Kim Jong Il on Sept. 17, 2002, Koizumi visited the reclusive state again in May 2004. Five abduction victims returned to Japan in October 2002, a month after Koizumi's first visit, and their family members were brought back home in 2004 after his second trip. However, no other abductee has since been allowed to return home. There is concern that the abduction issue might be left behind, with the international community preoccupied with strengthening pressure on North Korea over its nuclear tests and ballistic missile launches.