The Wayback Machine and Cloudflare team up to keep websites online

Cloudflare and Internet Archive have joined forces to archive more of the public web, touting it would make the web more reliable. As part of this joint effort, websites that use Cloudflare's Always Online service will be able to allow the web infrastructure company to share their hostname and URLs with Internet Archive's Wayback Machine so their website can be automatically archived. When a site is down, Cloudflare will then be able to retrieve the most recently archived version from Internet Archive so that a site's content can be accessed by users. "The Internet Archive's Wayback Machine has an impressive infrastructure that can archive the web at scale," Cloudflare CEO and co-founder Matthew Prince said. "By working together, we can take another step toward making the internet more resilient by stopping server issues for our customers and in turn from interrupting businesses and users online." According to Internet Archive, more than 468 billion web pages are available via the Wayback Machine to date.

Donald Trump has a Twitter problem. In addition to his penchant for delivering surreal, stream-of-consciousness rants at any time of day on the microblogging platform, Donald Trump can't seem to stop deleting tweets. Many times, his tweets are deleted because of typos, including the infamous "covfefe" tweet. But the reasons behind deleting other examples, like one about his alleged appearance on Fox & Friends, remain a mystery. SEE ALSO: The'Covfefe Act' is now a thing that exists, because of course it does Regardless of the reason, a president deleting tweets is serious business.

The BBC is archiving thousands of recipes from its website in what many are claiming as an act of cultural vandalism. The corporation has said they'll continue to be available – but what if they weren't? Many people often claim that "nothing is truly deleted" on the internet. That saying isn't as true as it might seem – things often do get deleted from the internet, and our information is being gradually degraded because we are often too lax about protecting it. But noble people are working to keep as much of that knowledge as possible alive. 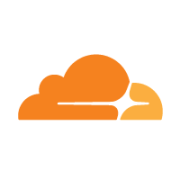 How secure is your browsing experience? When you browse websites, there are several points where your privacy could be compromised, such as by your ISP or the coffee shop owner providing your WiFi connection. This page automatically tests whether your DNS queries and answers are encrypted, whether your DNS resolver uses DNSSEC, which version of TLS is used to connect to the page, and whether your browser supports encrypted Server Name Indication (SNI).