This global map of Mars shows a growing dust storm as of June 6, 2018. The map was produced by the Mars Color Imager (MARCI) camera on NASA's Mars Reconnaissance Orbiter spacecraft. The blue dot indicates the approximate location of Opportunity. NASA's Opportunity rover has reached a critically low battery level due to the dust storm currently encircling Mars. Initially spotted on May 30th, the massive tempest now covers a quarter of the Red Planet, blocking light and threatening to end Opportunity's 14 year life.

The mystery of the massive dust storms on Mars deepens

If you think the weather is bad on Earth, spare a thought for Mars. NASA recently revealed a stunning animation showing massive dust storms the size of America engulfing huge swathes of northern Mars. Now Harvard astronomers say the storms are even stranger than thought - with a unique bubble, pebble or cotton texture. The strange storms with structures are called'textured dust storms' and they result from strong winds or other meteorological effects that lift dust into the Martian atmosphere giving a pebble or'bubble' shape, researchers say Astronomers studying Mars first spotted yellow clouds on its surface in the 1870's. The summer storms'explode' in size, NASA says - and some can engulf the entire planet. Now, a new study has revealed they display visible structures, sometimes periodic with wavelike features, or in other cases streaky or plume-like.

Space Photos of the Week: The Trail of Opportunity and More

This week, NASA had to say farewell to the Opportunity rover, which had been exploring Mars for the past 15 years. Its final months are a tale of grit, literal and figurative: Late last spring, a dust storm engulfed the entire Martian planet--the worst, most severe storm ever observed there. Blasts of wind kicked fine grains of dust and sand off the surface; because of the planet's lower gravity, the particles hung in the atmosphere for months. The storm was so powerful and the clouds so thick that they prevented sunlight from reaching the rover's solar panels. NASA last heard from Oppy in June 2018, and after 7 months of trying to wake it up, scientists finally declared they had done all they could.

NASA reveals massive Martian storms bigger than the US

If you think the weather is bad on Earth, spare a thought for Mars. NASA has revealed a stunning animation showing massive dust storms the size of America engulfing huge swathes of northern Mars. The summer storms'explode' in size, NASA says - and some can engulf the entire planet. The clip shows a global map of Mars with atmospheric changes from Feb. 18, 2017, through March 6, 2017, a period when two regional-scale dust storms appeared. It combines hundreds of images from the Mars Color Imager (MARCI) camera on NASA's Mars Reconnaissance Orbiter. The latest images show the regional dust storm currently swelling on Mars follows unusually closely on one that blossomed less than two weeks earlier and is now dissipating. 'What's unusual is we're seeing a second one so soon after the first one,' said Mars meteorologist Bruce Cantor of Malin Space Science Systems, San Diego, which built and operates MARCI. 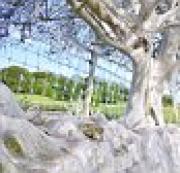