John McCarthy: Computer scientist known as the father of AI

John McCarthy, an American computer scientist pioneer and inventor, was known as the father of Artificial Intelligence (AI) after playing a seminal role in defining the field devoted to the development of intelligent machines. The cognitive scientist coined the term in his 1955 proposal for the 1956 Dartmouth Conference, the first artificial intelligence conference. The objective was to explore ways to make a machine that could reason like a human, was capable of abstract thought, problem-solving and self-improvement. He believed that "every aspect of learning or any other feature of intelligence can in principle be so precisely described that a machine can be made to simulate it." It would prove a challenge that eluded him and which still eludes computer designers today. 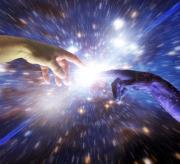 Five of the attendees from the original project attended AI@50. McCarthy acknowledged that the 1956 project did not live up to expectations in terms of collaboration. The attendees did not come at the same time and most kept to their own research agenda. McCarthy emphasized that nevertheless there were important research developments at the time, particularly Allen Newell, Cliff Shaw, and Herbert Simon's Information Processing Language (IPL) and the Logic Theory Machine. Marvin Minsky commented that, although he had been working on neural nets for his dissertation a few years prior to the 1956 project, he discontinued this earlier work because he became convinced that advances could be made with other approaches using computers.

Separating AI From The Nonsense

Industry has grabbed hold of the term AI and bent it in many ways that have nothing to do with the history of artificial intelligence nor the work of those who practice actual AI. Over sixty years ago, A Dartmouth professor named John McCarthy coined a term that would become an enormously successful, and problematic, marketing slogan: artificial intelligence. The term AI is now ubiquitous in the technology industry. Its use bears little relation to the things with which McCarthy was concerned, and it's often used to sex-up stuff that has little to with what practitioners of artificial intelligence care about. The term as used today is illustrated by the stock photography images of glowing brains that accompany articles, and it evokes in the popular mind visions of the movie The Terminator, of robots that want to kill you or at least take away your job.

Marvin Minsky, who has died aged 88, was a pioneer of artificial intelligence. In 1958 he co-founded the Artificial Intelligence Project at the Massachusetts Institute of Technology (MIT). Subsequently known as the AI Lab, it became a mecca for artificial intelligence research. His published works included Steps Toward Artificial Intelligence (1960), a manifesto that profoundly shaped AI in its earliest days, and Society of Mind (1985), which postulated that the brain is fundamentally an assembly of interacting, specialised, autonomous agents for tasks such as visual processing and knowledge management. That view of the architecture of the mind remains a cornerstone of AI research.

Marvin Minsky, one of the pioneers of artificial intelligence, has died of a cerebral haemorrhage, aged 88. The mathematician and computer scientist was one of the world's foremost AI experts. As a student, he built one of the first neural-network learning machines, using vacuum tubes. He went on to cofound the Massachusetts Institute of Technology's Artificial Intelligence Lab, in 1959, with John McCarthy. Prof Minsky's ideas and influence were wide-ranging - from computational linguistics, mathematics and robotics - but underpinning it all was a desire, in his own words, "to impart to machines the human capacity for commonsense reasoning".